Regent Bank: Going Beyond Traditional Banking with a Passion to Serve Oklahoma Communities

In a Nutshell: Regent Bank, a community bank serving the Eastern Oklahoma area and into Springfield, Missouri, is an institution with a particular focus on giving back to the community. It offers multiple free programs designed to educate and inspire local businesses, nonprofits, and community members. Regent Bank CEO, Sean Kouplen, attributes much of the bank’s success to his faith, and a strong desire to give back to the community. For all of its service and dedication, we’re recognizing Regent Bank with our Editor’s Choice Award™ for Community Commitment.

Community banks are the lifeblood of many small and medium-sized communities around the nation, and especially in the more rural and underserved areas. The relationship between these small banks and their customers is unique, often extending beyond the traditional banking relationship.

Regent Bank in Tulsa, Oklahoma, is one such community bank that stands out among these special institutions. Established more than a century ago, Regent Bank is dedicated to serving the unique needs of its rural and small-town businesses.

Regent demonstrates its commitment to the community through programs that directly impact the lives of the business owners and individuals it serves. Through free programs and events, community nonprofit support, and values that are deeply rooted in faith, Regent and its employees demonstrate their passion for community service.

Sean Kouplen, Chairman and CEO of Regent Bank, said he attributes much of the bank’s success to his belief in religious doctrine and a philosophy of doing the right thing for the community.

“I had an epiphany one morning around six years ago that the way we were doing business was too focused on sales, and that was wrong,” said Kouplen. “Nobody likes to be sold to. Instead, we needed to just start trying to help people. And, honestly, we completely changed our business model.”

Programs and Events that Empower Communities

The changes Kouplen is referring to involved a renewed focus on service — again, a large part of his belief system, he said. The bank began establishing a series of programs and events that were open to all in the community who wanted to attend.

This includes programs like the Executive Luncheon Series, Nonprofit Leadership Series, and the Faith in Business Series.

The Executive Luncheon Series is aimed at business owners and executives and includes speakers and resources that provide leadership training and discussions around business success. 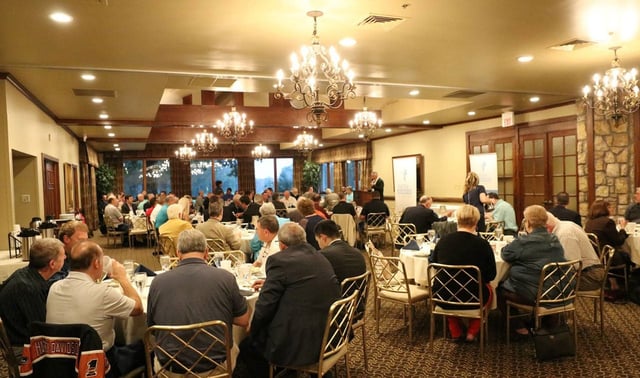 The Nonprofit Leadership Series is a free quarterly executive development program in which local nonprofit executives can access world-class executive trainers to help them in different areas of leadership.

The Faith in Business Series is a free monthly breakfast event designed to encourage business leaders to talk about how their journey in faith impacts their businesses. 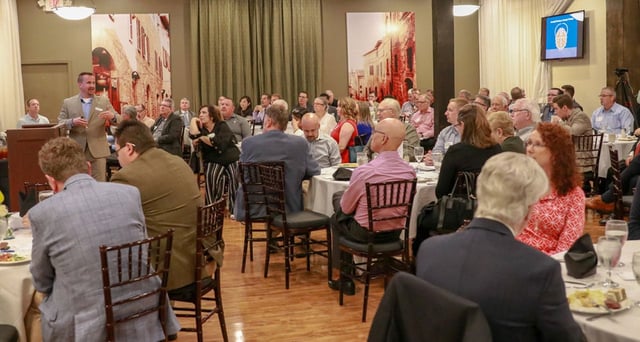 People gather each month for the Faith in Business breakfast held by Regent Bank.

“We do all these events in every market we have, by the way. It’s just kind of become part of who we are,” Kouplen explained.

Most of the presentations and seminars take place monthly in Tulsa, where the bank is headquartered, and quarterly in Oklahoma City, Springfield, Missouri, and other local office locations. All of these programs are designed to provide relevant information and advice to business owners within the community and help build a stronger local economy.

“The Hispanic market in Tulsa, especially, is very large, but very underserved,” said Kouplen. “That’s why we created a Hispanic banking division that serves just that community and their unique needs.”

There’s also an Ag Banking Division of Regent Bank that meets the unique needs of farmers within the agricultural communities of eastern Oklahoma. This dedicated division provides farm loans, operating lines of credit, equipment and livestock financing, and more to the farm operators and agribusinesses in these small and far-flung communities.

Other programs include Regent Elevate, a video series developed to educate business owners on some of the success patterns that businesses can emulate, as well as potential pitfalls to avoid.

“We don’t ever say anything really about the bank [in the videos]; there’s no selling,” Kouplen pointed out. “It’s just the newest and best leadership training that we can provide, and they’re very popular.”

The Role of Faith in Community Banking

Some may wonder about the role of faith in banking, or in any typically secular business, for that matter. But Kouplen offers no apologies or excuses for his religious devotion, or for the role his beliefs play in the way Regent Bank operates within the community.

“Obviously, you can sense that faith is a big deal to us, and Oklahoma is kind of the Bible Belt, so while it might be a little unusual in other places, it’s not unusual here.” 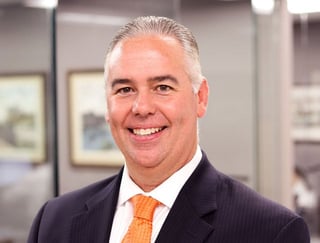 In fact, faith is one of the primary factors in the bank’s renewed dedication to the community that began six years ago. When Kouplen and a then-business partner couldn’t agree on the direction Regent Bank should take, it was his faith that drove Kouplen to buy out the partner and craft a new set of values for the institution.

Among the values driving Regent Bank are plenty of secular ideals, such as always being truthful and transparent, going above and beyond, and showing you care. But some values can only be described as faith-based.

One such practice that is purely faith-based is Kouplen’s daily devotional, where anyone can call in and listen to him read a passage and discuss how to apply the principles in their daily lives and businesses. What started with seven people calling in each day has evolved to sometimes as many as 100,000 or more, according to Kouplen.

“We have a toll-free number where anyone can call in who wants to. People call in from all over, from every state, and, honestly, it is mind-blowing. Anybody can call in — we mute everybody, of course — and you just call in and go straight in and listen.”

The daily devotionals Kouplen implemented six years ago have been a springboard to most of the community programs, volunteer work, and fundraising events the bank now engages in. It has also been an opportunity that Kouplen could hardly have predicted at the time.

“We completely changed our business model six years ago, and it’s crazy. The net result is the six-year growth rate at our bank is 41% annualized, along with the best regulatory ratings you can have,” Kouplen said proudly.

The company’s corporate shift has also led to many awards and recognitions for the bank, from being named one of Inc. Magazine’s Best Workplaces in 2018 and 2019, to being voted one of Oklahoma Magazine’s Best of the Best Financial Services firms by readers. It was also named a Top 1% community bank by the Institute of Extraordinary Banking in 2018.

“I just see it as really a kind of win-win; I mean, we really are helping the community a great deal, and it has done wonders for our organization financially. I know we see it a lot, especially when big companies are really devoted to a cause, people get behind that. I just think it’s becoming more and more important to people that organizations give back.”

We are happy to add one more recognition to Regent Bank — our Editor’s Choice Award™ for Community Commitment.