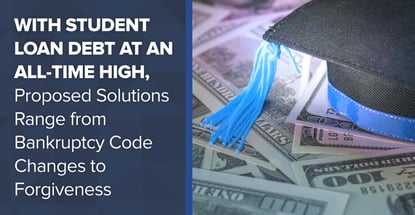 In a Nutshell: Total student loan debt in the U.S. has tripled since 2005 and currently stands at $1.6 trillion. Financial experts are studying both how we reached this critical level and how to best address the issue. Some Democratic presidential hopefuls are calling for partial or full student loan debt forgiveness while others don’t believe this is the answer. The American Bankruptcy Institute is one of the many organizations to address the issue with its 2019 Consumer Commission report. The ABI Consumer Commission report includes recommendations to lower stringent standards around what constitutes an undue financial hardship. It also suggests statutory changes that would allow student loans to be discharged in certain instances of bankruptcy. Ultimately, reversing the student loan debt crisis will require an alignment of many factors as well as that of the two major political parties.

Over the past couple of decades, college graduates have found themselves increasingly buried under the weight of their student loans.

In fact, the amount of student loan debt in the U.S. has tripled since 2005. College grads and former students collectively owe a whopping $1.6 trillion — second only to mortgage debt. That means student loan debt levels are higher than both auto loan debt and credit card debt. 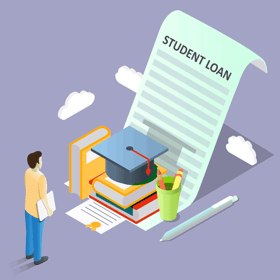 “The burden of that debt has led some Millennials to delay marriage, children and home buying, and a growing number of Baby Boomers to enter retirement still paying off student loans,” according to Forbes. “Planning for the cost of college is taking an emotional and financial toll on families.”

Some experts are hard at work to determine just how student loan debt levels evolved into a full-blown crisis while others are researching and recommending solutions to the issue.

Some of the predicted frontrunners for the Democratic presidential nominee have prominently offered solutions that would greatly reduce or forgive student loan debt. Others have proposed more flexible repayment options and ramping up financial literacy efforts.

Other more nuanced recommendations, such as those proposed by the American Bankruptcy Institute, suggest changes to the U.S. Bankruptcy Code that would make it easier for student loan debt to be discharged during or after bankruptcy.

We recently discussed the issue of rising student loan debt with John Rao, an attorney at the National Consumer Law Center who also contributed to a 2019 American Bankruptcy Institute report that includes recommendations to address student loan debt. Rao discussed the ABI Consumer Commission’s take on the debt crisis and offered some insight into how challenging it can be to gain a consensus within the federal government to move forward with significant changes.

The Pros and Cons of Forgiving All Student Loan Debt

For millions of Americans, seeing the federal government simply forgive their student loan debts may sound very appealing. And with Democratic hopefuls like Bernie Sanders and Elizabeth Warren pushing plans that would eliminate all — or a significant portion of — student loan debt, the prospect doesn’t seem completely unrealistic.

Sanders’ College for All Act of 2019 is perhaps the most straightforward.

“This legislation would cancel all $1.6 trillion in student debt held by 45 million people in the U.S., including debt held by parents and private debt. Borrowers wouldn’t have to pay taxes on the forgiven debt, which would normally, under the U.S. Tax Code, count as income,” according to Forbes.

It would also make the cost of attending college free. The estimated $2.2 trillion needed to make the plan a reality would come from small taxes, from 0.005% to 0.5%, applied to stock, bond, and derivative trades.

While some presidential hopefuls propose to forgive or greatly reduce student loan debt, others believe this approach could lead to other detrimental effects.

Warren’s plan seeks to eliminate a large portion of student loan debt through a tiered system. For individuals with a household income under $100,000, up to $50,000 in student loan debt would be forgiven. And for every $3 in income above $100,000 the amount forgiven would increase by $1. Households with incomes above $250,000 would not be eligible.

Warren’s plan would be funded by a 2% tax on households with incomes higher than $50 million.

The immediate benefits of plans such as those of Sanders and Warren include decreasing the financial burden for the debt holders, of course, but these plans also seek to close the racial wealth gap in the U.S. Proponents also believe student loan debt forgiveness would stimulate the economy. And there is evidence that flagging levels of entrepreneurship may be due in part to student loan burdens.

On the other hand, some believe forgiving student loans would lead to “moral hazards” for debt holders and future students, according to a Forbes column. The author of the article also contends that people who have student loan debt are already privileged because they “hopefully got a college degree out of the deal” and argues against asking taxpayers (no matter how wealthy) to pay for the cost of individual decisions.

The American Bankruptcy Institute Recommends Changes to the Bankruptcy Code

The American Bankruptcy Institute explored the student loan debt issue and addressed it in a 2019 report. The institute is the nation’s largest association of bankruptcy professionals and provides networking and continuing education opportunities as well as conducting effective legal research.

As a member of the ABI Commission on Consumer Bankruptcy, Rao shed some light on the report and dove into some of its recommendations on the student loan debt crisis. Current bankruptcy law allows consumers to discharge student loans only if they can prove that repayment of the loans will impose an “undue hardship” on them and their families.

The ABI recommended amending the Bankruptcy Code to allow student loans to be discharged in certain instances of bankruptcy.

“We included what we consider to be a best interpretation of the undue hardship provision,” Rao said. “We suggest an interpretation that I think is actually closer to the statutory language and points out how courts have really missed the mark on this, and they have developed standards that are much more extreme than what the language would suggest.”

In addition to its recommendations to loosen the current interpretation of what constitutes an undue hardship, the report also took on the issue of discharging student loans in bankruptcy.

“We did address squarely the issue of whether student loans should be discharged in bankruptcy without proving undue hardship,” Rao said. “Ultimately, the recommendation is that they should be allowed to after a waiting period.”

A report summary points out that the Bankruptcy Code is more than 40 years old, with the last major amendments happening in 2005. And since that time debt levels and the ways in which people incur debt have changed significantly.

The commission’s stance is that recent graduates should generally be required to repay “government-made or guaranteed student loans,” but it does recommend amendments that would allow the loans to be discharged in certain circumstances.

These situations include loans made by nongovernmental entities, loans incurred by a person other than the person receiving the education, loans being paid through a five-year Chapter 13 bankruptcy plan, or loans that are first payable more than seven years before a Chapter 7 bankruptcy is filed.

When it comes to the likelihood of all of the ABI Commission report’s recommended changes being implemented, Rao said it’s a mixed bag.

He said he could see how certain recommendations from the wide-ranging report could be put into action, and he said the report also plays a role in influencing court decisions.

“We’re already starting to see some of that,” Rao said. “The student loan recommendations are already having an effect.” 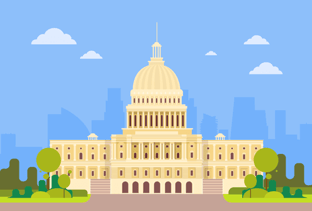 ABI’s recommendations are one piece of a larger puzzle, and gaining a consensus among government bodies will be necessary to effectively address the student loan crisis.

He said it’s difficult to speculate on exactly how much impact the report will have on the issue in the future but contributing the commission’s recommendations to the public discourse is certainly worthwhile.

“Wherever you come down on the issue, if you’re a member of Congress, there is certainly some benefit to seeing that a group of professionals got together from very different perspectives to produce the report,” Rao said.

Still, he said, in the current political climate, it can be difficult to pass bills that both sides actually agree on. When there is any disagreement, it becomes even more challenging.

“I think one thing to keep in mind is the Department of Education, institutionally, would be very opposed (to the recommendations),” Rao said. “There’s no question that they oppose this kind of thing.”

Other considerations include how the specific recommendations fit in with the broader perspective of student loan reform, he said.

Ultimately, as Rao alluded to, many factors will need to come together for those struggling with student loan debt to see any major relief. With its expert recommendations, reports such as the one published by the American Bankruptcy Institute will no doubt play an important role in future developments.

But, only time will tell how the student loan debt crisis will play out. In the meantime, 44 million Americans will continue to pay down the $1.6 trillion debt.