What Would Student Loan Forgiveness Do to Your Credit Scores? 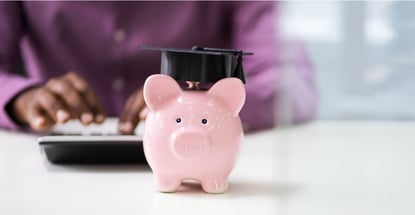 The forgiveness of student loan debt is almost always in the news. The issue has become a lightning rod for controversy among supporters and those who oppose the concept.

Regardless of where you stand on the topic of the government allowing people to walk away from their debts, there is another practical issue to consider: How would student loan forgiveness impact your credit reports and credit scores?

Student loans are similar to other loans, but they are also very different in several important ways. Student loans are installment loans, meaning the borrower/debtor makes the same payment every month for a fixed number of months as you would for a car loan or a mortgage loan.

Student loans are different from other loans in how they are reported to the bureaus. When you go to school and take out loans to pay for your tuition and other costs, you are actually taking out multiple loans or “disbursements.”

So unlike taking out one loan to buy a car, when you finance your education, you’re actually taking out several loans over a period of several semesters, or whatever calendar system your school recognizes.

In practical terms, that means five installment loans appearing on your credit reports all with unique balances.

Because of a law passed in 2009 called the Credit Card Accountability, Responsibility and Disclosure Act (aka the CARD Act), people under 21 cannot get a credit card unless they have a cosigner or a job. This freezes out most college students and forces them to wait several years before they can begin to establish credit.

Taking out student loans can replace the credit-building aspects of credit cards because student loans are not covered by a similar statute. And people as young as 18 can incur tens or hundreds of thousands of dollars of student loan debt, which is then reported to the credit reporting agencies.

Because student loans are reported to the credit reporting agencies, a requirement of the Department of Education, they are seen and considered by credit scoring systems, such as FICO’s credit scores.

Student loans have the same attributes as every other installment loan so they aren’t treated any differently by scoring systems.

Student loans have an opening date, an account status, a balance, and a payment history. These are among the attributes considered by all credit scoring models. And, depending on how well you’re paying your student loans, they can be helpful or harmful to your credit scores.

And just as with other installment loans, the debt associated with student loans is almost immaterial to your credit scores. You read that right.

You can have excellent credit scores with hundreds of thousands or millions of dollars of installment debt. You can’t, however, say the same thing about credit card debt.

This issue of installment loan balances can cut both ways. When you apply for and open an installment loan account of any kind, the new debt will eventually wind up on your credit reports. Because it’s almost meaningless to your credit scores, you should not expect your scores to drop as a result.

Conversely, when you pay off an installment debt, you should also not expect your scores to increase.

I’ll give you a personal example that I’ve shared many times over the years when writing about this installment debt issue. I had a mortgage loan of roughly $260,000 years ago. Mortgage loans, of course, are installment loans and are reported as such to the credit reporting agencies.

When I sold the house, I paid off the loan with the sale proceeds. That means the balance of my mortgage loan was eventually updated from $260,000 to zero dollars.

The reasonable expectation would be a considerable increase in your credit scores. I mean, you just unloaded over a quarter-million dollars of debt. Your scores have to skyrocket, right?

My scores went up about four points across the board, and they may have gone up for some reason other than the elimination of my mortgage debt.  Incurring a mortgage debt doesn’t harm your scores and paying it off doesn’t help your scores.

That is, of course, unless you mismanage the debt and default. If you default on any type of debt it’s likely to have a negative effect on your credit scores.

How Different Forgiveness Scenarios Could Play Out

Scenario #1: Your Student Debt Is Reduced

If your student loan debt was reduced by some fixed amount, say $10,000, but you still had some amount of debt remaining, then your credit reports would simply be adjusted to indicate the lower balances on your loans.

Because installment debt is pretty much meaningless, this scenario isn’t going to mean much, if anything, to your credit scores.

Scenario #2: Your Student Debt Is Cleared

If your student loans were reduced by 100%, meaning all of your debt was forgiven regardless of the amount, then there is more to consider. First off, you would potentially have zero installment debt versus some amount larger than zero, unless you have other unrelated loans with balances.

This by itself isn’t going to yield much, if any, score improvement.

Credit scoring systems, however, do consider the number of accounts on your credit reports with a balance greater than zero. And we know that student loans are reported on a disbursement basis. That means that total forgiveness can mean you now have several loans that have zero balances versus the prior month when you had several loans with balances. That will likely lead to a modest improvement in your credit scores.

Scenario #3: Your Student Debt Is In Default

If you have student loan debt that is in default, forgiveness may seem like a great scenario for you. But you will be disappointed in the scoring aspects of such forgiveness.

If you are in default on your student loans, that likely means you have several accounts on your credit reports that indicate default, again because student loans are reported by disbursement.

The fact that you now have several defaulted loans with a zero balance doesn’t change the fact that you defaulted on the loan. Now, if the forgiveness of the debt also means the loans are removed from your credit reports, you could potentially see a huge upswing in your scores, but not because of the debt forgiveness. Instead, the score improvement would be because you now have fewer, or zero, defaulted accounts on your credit reports.

Keep in mind the considerable number of unknowns as we explore this issue of student loan forgiveness.

“Government forgiveness” or any derivative of that term can’t systemically be reported to the credit bureaus. So no one looking at your credit reports will know if you had debt forgiven or if you actually paid your loans.

Lenders, of course, can change their credit applications to include a question about whether you’ve had loans forgiven, which is a reasonable question to ask because it indicates you did not actually pay your debts but were, rather, let off the hook for voluntarily incurred debts.

The only similar credit-related event is debt settlement. Settlement occurs when a lender takes payment for less than the full balance and considers the debt to be fully exhausted.

This sounds very much like student loan forgiveness. You paid some amount for however many years, and now the Department of Education considers your balance to be paid in full. If forgiven student loan debt is reported as being settled, then that’s considered derogatory by credit scoring systems and you should expect lower scores as a result.

Your Credit Scores May Be Affected to a Degree

I recognize we may be getting ahead of ourselves here with respect to the discussion of student loan forgiveness. But if it does happen, then your credit reports will absolutely go through some changes, which means your credit scores may also be affected to some degree.

If your credit scores are strong, say 750 and above, and you have student loan debt, then you should assume forgiveness will not have a negative impact on your scores unless they’re reported as settlements. If you have poor scores, say below 650, then you should also assume your scores aren’t going to improve much, if at all, due to the forgiveness.

How to Freeze Your Credit Reports in 2022

Why Closing a Credit Card May Be a Risky Move