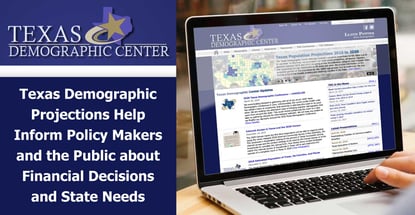 In a Nutshell: The Texas Demographic Center provides valuable data to policymakers and various entities in the Lone Star State. The center does this by working closely with the U.S. Census Bureau and using census data as a jumping-off point to provide its own population estimates and projections about Texas. The center has observed, for example, that while the Texas population, in the aggregate, is growing, the population in certain counties is actually decreasing. This type of information can be valuable for government agencies in helping them understand how or why population changes occur. The center’s data is used by more than 500 entities in the state of Texas for a wide range of purposes.

To say that 2020 has been a memorable year so far is an understatement.

Watching the spread of coronavirus across the U.S., learning how to isolate with family, and — despite the devastation caused by the pandemic — realizing the benefits of stepping back from society, has taken up quite a bit of my energy and attention lately.

The COVID-19 crisis also stole a bit of thunder from something that comes around only once every 10 years — the U.S. Census. In previous census years, I recall filling out the form and gaining a small sense of pride at having done my civic duty.

This year, however, I filled out the census questionnaire while replying to work emails and checking the latest information about school closures.

Just because the U.S. census may not have received the spotlight treatment this year, it doesn’t mean that it’s not just as important. It may actually be more important than ever.

Census data provides valuable information that reveals far more than just how many people live in the U.S. The data can be used to observe trends, predict future changes, and help inform policymakers.

While the U.S. Census Bureau helps provide this information on a national level, organizations like the Texas Demographic Center help individual states zero in on rich data to help guide the state’s residents and leaders.

The center was created in 1980 to establish a state-level liaison to the U.S. Census Bureau to improve the dissemination of Texas census data.

“The Texas Demographic Center is actually the support office for the state demographer,” said Lila Valencia, Senior Demographer and State Data Center Lead for the office. “The state demographer is a governor-appointed position here in Texas, and it’s usually affiliated with a public institution of higher education, and we are affiliated with the University of Texas at San Antonio.”

We spoke with Valencia about how the office gathers data, and how the data can help Texas residents and leaders make informed and important decisions about many issues from economic planning to equitable access to services.

“The Texas Demographic Center functions as a focal point for the production, interpretation, and distribution of demographic information for Texas,” according to the office’s stated mission.

Valencia said the office is tasked with producing population estimates and projections for the state per the Texas legislative mandate.

The Texas Demographic Center uses U.S. Census Bureau data as the foundation for its estimates and projections.

She said the Texas Demographic Center is also part of the U.S. Census Bureau’s state data center (SDC) network and serves as the main state liaison to the Census Bureau.

SDCs are official sources of demographic, economic, and social statistics produced by the Census Bureau, and the centers make the data accessible to state, regional, local and tribal governments, and non-governmental data users, according to the office website.

The center also provides training and technical assistance on how to access and use Census Bureau data for research, administration, planning and decision-making by local governments, businesses, and other interested data users.

“We bring Census Bureau staff to the state so they can provide learning opportunities and other information to demographic data users throughout the state,” Valencia explained. “And we partner really closely with them, especially for things like the decennial census.”

As a senior demographer, Valencia said she has been personally working closely with the Census Bureau this year to help identify opportunities for Get Out the Count efforts — the campaign to raise awareness about the 2020 Census.. She said this includes working with a number of other partners, including state agencies, nonprofits, and community-based organizations.

Since 2006, Texas Has Added More People Than Any Other State in the Country

Valencia let us in on some of the data and trends the Texas Demographic Center has observed in recent years.

“We’ve been seeing continuations of long patterns and trends that we’ve been observing for some time now,” she said. “Texas has been adding more people than any other state since 2006. This is even during the time when, more recently, other states are starting to lose population.”

She said the Texas population is growing from a combination of a natural increase, or births minus deaths, as well as net migration — the number of people moving into Texas minus people moving out. 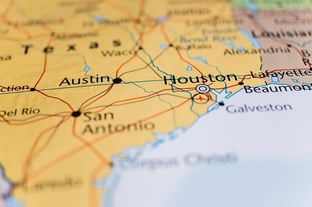 The center’s data shows which areas of Texas are seeing the highest rates of population growth.

This triangle is anchored by some of the major metropolitan areas in the state — Dallas in the north, Houston to the east, and San Antonio and Austin to the west.

“That whole area is where we’re seeing the bulk of the population growth,” she said.

Conversely, Texas has about 96 counties whose populations have decreased in the past decade, she said.

“As a demographer, it’s very interesting because not only are we seeing very dynamic growth and growth coming from natural increase and net migration, but we’re seeing population decline in these areas,” Valencia said. “Being able to look at, you know, the full picture of what that means for the state is really interesting and challenging, too.”

Valencia said Texas is what is known as a majority-minority state, which means minorities comprise more of the population than whites. And the bulk of the state’s population growth comes from Hispanics, she said.

Texas has also seen more people moving to the state from Asian countries over the past 10 years, she added.

“It’s the type of diversity where it’s not only Hispanics and non-Hispanic white residents. The Asian and African-American populations continue to grow,” Valencia said. “So we’re really getting a more cosmopolitan demographic makeup of the state.”

“Special emphasis is placed on data that may be useful to policymakers in dealing with issues regarding the demand for state services,” according to the Texas Demographic Center’s mission.

And that’s why the decennial census data is extremely important to the office because it provides the foundation for the work that it does, Valencia said. The population estimates and projections all start from the decennial count and the office makes further projections based on those numbers. 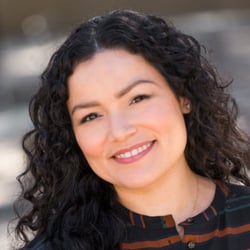 Lila Valencia is a Senior Demographer and State Data Center Lead for the Texas Demographic Center.

“So, the 2020 census is really, really important to the state of Texas,” she said. “Now, how that gets used varies between different agencies.”

More than 500 entities per year use the office’s estimates and projections, including the governor’s office, the legislative budget board for budget planning, legislative council for redistricting planning, and the Texas Department of Transportation for facility and construction planning.

Even the Texas National Guard puts the Texas Demographic Center’s data to use to help guide recruiting efforts and estimate future manpower needs, according to the center’s website.

The Texas Department of State Health Services is able to use the office’s data to increase the accuracy of their service projections as well.

“Right now, we have the COVID-19 pandemic we’re dealing with,” Valencia said. “The state needs to easily assess the severity of risks and mortality risks for different groups of people. For instance, they’re finding that older people are at higher risk for severity and mortality, so they need to know how many people over the age of 60 live in Texas to be able to determine the denominator for their rates.”

She said it’s important for government agencies and other groups to be able to see which areas are being hit the hardest in the state.

“So, they’ll use the population estimate from our demographics center or from the Census Bureau,” Valencia said.

Local agencies can also use the office’s data to help analyze economic indicators to be able to see how a particular city or region may grow over the next few years, she said.

With its rich data and close relationship with the U.S. Census Bureau, the Texas Demographic Center serves as an extremely valuable resource for the people and policymakers in the Lone Star State.