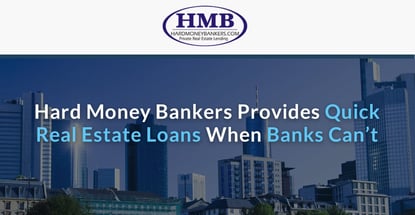 In a Nutshell: Hard Money Bankers is a full service and self-funded private/hard money lending company providing fast and flexible financing for residential and commercial investment real estate deals. It is currently lending in Maryland, Washington D.C., Virginia, Pennsylvania, Delaware, and New Jersey. Loan terms range from six months to two years, of which 95% are one-year loans for fix-and-flip investors.

The world of real estate investing encompasses projects that range in cost from hundreds of millions of dollars to less than $100,000. Big banks and institutions provide funding for large projects, but they are not always a good fit for small fix-and-flip projects, due to timing and credit factors.

The lack of funding for these small projects became acute right after the Great Recession, spurring the growth of the hard money loan industry.

Thirteen years ago, Jason Balin and Chris Haddon started Hard Money Bankers, a local private and hard money lending company. When it started, real estate investors who flipped houses typically needed bridge capital refinancing or cash-out refinancing on commercial building rental properties. Investors would turn to private or hard money lenders for capital for their projects. But the industry has evolved over the last decade.

“There was always a huge need in this space because, yes, there are banks that were lending in this space, but they didn’t have the flexibility, especially with real estate projects that had a construction component to them,” said Balin, who is Co-Owner and Principal of Hard Money Bankers. “So, when we started the company, we went out and raised capital from local high-net-worth individuals who wanted to participate in these particular deals. We use that capital along with our own money. We started lending it to qualified real estate investors that were fixing and flipping houses or wanted a loan on a rental property or a commercial building.”

A fix-and-flip project is one in which a real estate investor/developer purchases a run-down property at an attractive price, quickly rehabilitates it, and then sells it for a profit.

Often, flippers purchase houses through auctions of foreclosed properties. This defines the primary characteristic of the flip market, which is the need to move quickly. If an investor can’t react quickly to newly available properties, a competitor will get it. 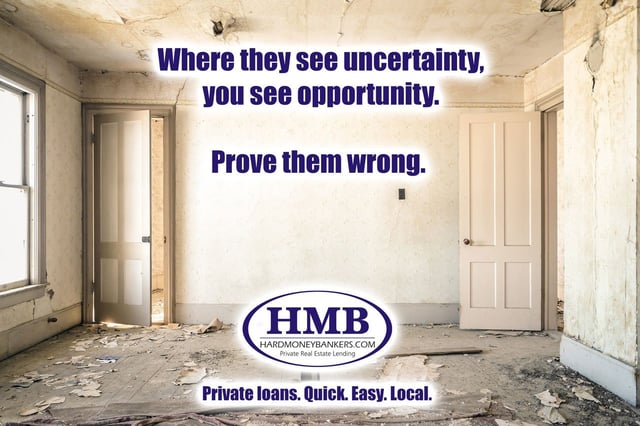 Speed is the most important aspect of this type of transaction. Most real estate investors really can’t go to a bank to get a quick loan for fix-and-flip projects.

“A lot of these properties go to auction on a Friday afternoon,” said Balin. “If you win the auction, you put down a deposit and have to bring the remaining balance next Friday in order to take ownership of the property. There’s no way you can go to your bank and get a loan in seven days.”

It’s clear that investors need a lender that has readily available capital and doesn’t have to rely on a big corporate underwriting team to determine a deal’s creditworthiness.

Hard money loans have the following characteristics that make them a good fit for fix-and-flip projects:

Hard money lenders are willing to make deals that banks won’t. Moreover, many real estate investors are self-employed, and it’s hard for them to get a bank line or credit facility.

“On paper, the borrowers might not look like they’re that strong,” explains Balin. “But in reality, they are very strong. And, in general, most of our clients have good credit. They have free and clear assets. They are bankable. They have home equity lines on their houses that they can draw, and they’re very creditworthy. They just need a quick, easy solution to purchase a property before they lose out on the opportunity.”

Strategic Presence in D.C. and Philadelphia Gateways to Six States

From its inception, Hard Money Bankers had a very local focus, beginning in Washington, D.C. Its business model only works locally. It’s important for it to understand an asset before extending a loan.

When Hard Money Bankers started out, it limited lending to the D.C. and Baltimore areas because those are both markets that the founders knew well. Several years later, they opened a Philadelphia office with another operator. 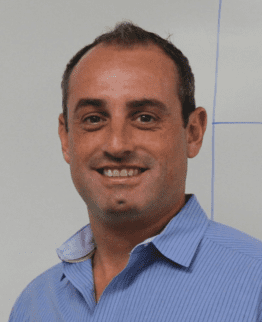 The company’s initial impulse to lend close to home allowed for an orderly expansion covering six markets, he said. The company was familiar with the properties, projects, and most of the borrowers. Local knowledge made it easy to determine exactly how much the property was worth.

That preference for local lending hasn’t changed. “We don’t get appraisals or anything like that,” said Balin. “We don’t necessarily need a third party telling us what they believe the property is worth. We’re putting up our own capital. We’re the only ones with economic interest in the loan. It’s our job to determine how much we’re comfortable lending.”

Over the years, Hard Money Bankers has evolved to include deals with loan brokers. It serves as an additional outlet for brokers across the country that submit loan requests on behalf of their clients. These deals provide a new outlet for Hard Money Bankers’ lending operations while allowing brokers to make their fees on the loan.

The COVID-19 pandemic has had a profound impact on the hard money sector. This is evident by the number of Hard Money Bankers’ competitors that have gone dark since March.

Hard money loans have been in high demand for a long time, but the loans weren’t readily available and too few people had sufficient collateral to qualify for them. 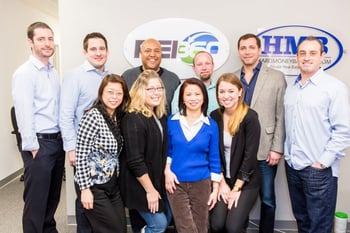 The Hard Money Bankers team pictured at the office.

Then, about eight years ago, a lot of Wall Street money came into the hard money space. Hard Money Bankers was approached by large institutional backed firms wanting to purchase loans off their books in order for them to scale the operations, even though they only lent about $30 million in loans a year.

In fact, these big companies offered liquidity up to $100s of millions of dollars for Hard Money Bankers to deploy.

“But I don’t have the deal flow to do that,” said Balin. “I don’t want to scale up an operation like that. A lot of small companies like ours used this as a great way to grab cash that they could deploy other people’s capital without using their own private capital or their own investor’s capital. Over the last five years, there were billions and billions of dollars deployed in this space.”

The pandemic changed all that. In March, almost all of these small hard money lenders that accepted huge amounts of Wall Street money paused or ended their operations. Many of these lenders announced they’ve suspended loans, but it’s hard to understand how they will return in the future.

Balin said Hard Money Bankers will never let greed overtake its business, and the result is that it is still making loans while its competitors are shuttered.