The MCU TRUE Rewards Cash Back Visa® Now Offers 1.5% Back and Intro Rates as Low as 0% 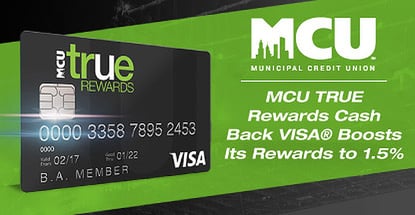 In a Nutshell: Consumers in the market for a new credit card typically have to choose between cards with lucrative rewards and those with low interest rates because few cards offer both. New York’s Municipal Credit Union joins the ranks of those select cards with its recently upgraded MCU TRUE Rewards Cash Back Visa®. The card boasts a cash back rate that recently increased from 1% to 1.5% with no rewards cap and redemption options that include a statement credit or direct deposit into an MCU FasTrack Checking Account or an MCU Share Account. The card’s introductory rate starts at 0%, based on creditworthiness, with an ongoing rate as low as 14.15%, both of which apply to new purchases and balance transfers. //

When the time comes to analyze your spending and decide on a credit card, the available choices can feel overwhelming — not to mention conflicting. The problem lies in the different types of cards, and the fact that many perks for one type of card aren’t offered for another.

For example, cards that boast higher rewards typically charge higher interest rates when you carry a balance. Between the points, miles, cash back, and low interest offers, comparing these various percent signs and associated fees can leave you dizzy.

Earlier this year, as New York’s Municipal Credit Union decided to upgrade its popular MCU TRUE Rewards Cash Back Visa®, it not only added improved cash back rewards but also lowered the card’s interest rates. While we covered the news about the card back in 2017, these new additions make the card worthy of a second glance and possibly a spot in your wallet.

“We continue to look at the landscape to see what kind of competitor offers are out there,” said Michael Mattone, VP of Public Relations and Corporate Communications at MCU. “We know that more consumers, our members included, are looking for a card that gives them rewards or something back.”

While consumers have many options for rewards cards — with some allowing redemption for merchandise credit, gift cards, or travel deals — MCU opted to stick to an age-old favorite reward. 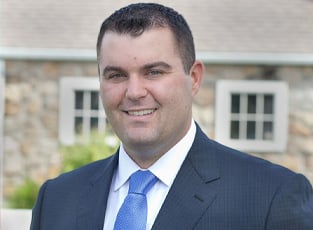 “We’ve found that people really enjoy getting cash back because it’s a very tangible thing that is easy to calculate and understand,” Mattone said. “So, we started with a 1% cash back rate when the card was introduced, but found that we needed to improve upon that to present our members with an offer that beats the competition.”

The updated TRUE Rewards Cash Back card now offers a boosted cash back rate of 1.5% on all purchases, and cardholders can earn an unlimited amount of cash back that never expires. Then, rewards can be redeemed as a statement credit toward the card’s balance or as a credit to the primary cardholder’s linked MCU FasTrack Checking Account or MCU Share Account.

Low Intro Rates Extend the Savings for Up to 12 Months

MCU coupled its cash back improvements with an introductory rate that, based on creditworthiness, offers terms as low as a 0% APR for the first 12 months of card ownership on both new purchases and balance transfers. 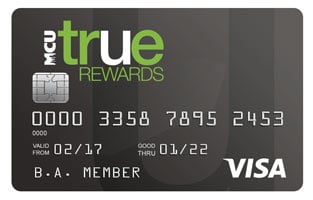 “We’ve seen a lot of rewards cards that have interest rates as high as 20%,” Mattone said.

“We wanted to make sure that our members were not only getting rewards back for their purchases, but they were also getting a great APR as well.”

While Mattone mentioned rewards cards often carry a 20% interest rate, we’ve seen some charge up to 25% to offset the cost of providing cash back, points, miles, or other perks.

In addition to the potential to earn bigger rewards and save on interest charges, MCU TRUE Rewards Cash Back Visa® cardholders won’t pay an annual fee nor any penalty rates for late payments.

The MCU TRUE Rewards Cash Back Visa® not only offers rewards and savings but it also provides peace of mind by offering the latest security features. First of all, the card contains EMV chip technology, which greatly decreases the likelihood of fraudulent activity and data theft.

Chip-enabled credit cards work to protect sensitive payment and cardholder data by encrypting the information used during transactions. Traditional magnetic strip cards use the same technology as old cassette tapes and actually transmit all of your credit card information during each transaction. 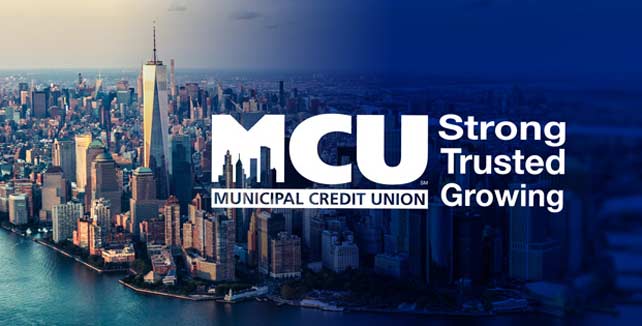 Chip cards encrypt that data using a single-use string of characters that it never repeats. So, even if a fraudster manages to get a hold of your data, that string of code soon becomes obsolete as a new code is generated the next time you use your card.

“We’re very pleased to be able to continue to offer all of these features with no annual fee and no penalty rate pricing, which we feel makes this a very competitive card in the space,” Mattone said.

A Card that Gives Members the “Best of Both Worlds”

While consumers typically have to choose between lower rates or higher rewards when selecting a credit card, the MCU TRUE Rewards Cash Back Visa® offers them both.

And, with the low APR — and even lower introductory rate — the card is an attractive choice for consumers who may be prone to carrying a balance from month to month but still want to accrue rewards for their purchases.

The improvements MCU made to the card not only offer upgraded perks for current cardholders but they’re also a way to impress prospective applicants who may be on the fence about the card. For MCU, the card update was just one part of the institution’s commitment to putting its members first.

“We strive to get to know our members and what their needs are,” Mattone said. “We know that not every single person is going to pay off their credit card balance at the end of every month. So, we created this card to give them the best of both worlds — with a competitive rate and rewards.”