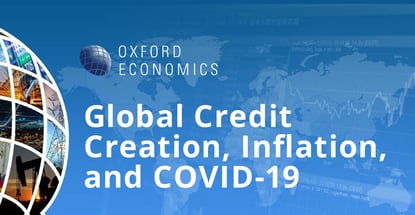 In a Nutshell: The COVID-19 pandemic has not only impacted the lives and health of people all over the world, but it has also sent governments scrambling to prop up economies. We spoke with Adam Slater, Lead Economist at Oxford Economics, to learn more about recent economic trends, including credit expansion and the likelihood of inflation. Slater discussed the initial monetary boom that occured in the early months of the pandemic as well as the subsequent tightening of credit in recent months. The organization concluded that, while inflation concerns in advanced economies are overblown, certain emerging markets may be at risk due to disinflation.

Thanks to the COVID-19 pandemic, 2020 has unfolded unlike any year in recent memory. More than 1 million people around the world — including more than 210,000 in the U.S. — have died from the novel coronavirus.

Besides endangering the health of people the world over, COVID-19 has also wreaked havoc on economies and budgets from the federal level down to individual households.

In the U.S., Congress passed the CARES Act early on, which provided some support for individuals, small businesses, and corporations. Since then, however, U.S. leaders have resorted to squabbling over details and blocking further relief. This is just one of the reasons the future of the economy is largely unknown at this point.

But organizations like Oxford Economics make it their mission to conduct research and provide valuable information about the state of finance and economies around the globe.

“Oxford Economics offers a comprehensive portfolio of publications, databases, and analytical tools on a subscription basis,” according to the organization website. “These services help clients track, analyze, and model country, industry, city, and tourism trends around the world.”

We recently spoke with Adam Slater, the Lead Economist at Oxford Economics, to learn more about economic trends such as the initial surge in credit in response to the pandemic. We also discussed what economists are saying about the future, including the possibility (or lack thereof) that inflation will become a major issue in the coming months.

Exploring the Global Monetary Boom and the Potential for Significant Inflation

Slater said that since March, the economic effects of the pandemic has been a primary focus area for Oxford Economics.

“I have a huge folder called coronavirus articles, which started out in March and has now grown to about 30 articles,” he said. “It’s really taken on a life of its own. So much of what we are writing about at the moment has a coronavirus angle.”

He said it’s also no surprise that this topic is one of the most talked-about among Oxford Economics clients, as well.

Clearly, there are many angles to explore the virus’ impacts on finance around the globe, but we focused on a recent brief Slater wrote titled “The global monetary boom — no cause for panic.” In the brief, he explores the global monetary boom and weighs in on the likelihood of inflation in advanced economies.

Oxford Economics has been studying how the COVID-19 pandemic has impacted economies around the world.

Spending habits changed quickly in the U.S. and other parts of the world during the pandemic’s early phases. Small business protections, stimulus checks, and other factors resulted in an initial monetary boom and, in some cases, the expansion of credit.

Slater said there are several factors going on that have gotten us to where we are now — heavy government borrowing, and — primarily from March to May — a lot of corporate borrowing as well.

“And that happened in a variety of places — in the states, in Europe — companies drew down their existing credit lines because they realized they were going to need cash to tide them over,” he said. “And they sort of knew those credit lines might not be so easy to access three or six months down the line, so get them now.”

But lending is shrinking again, Slater explained, and banks are beginning to once again tighten their belts.

“Six or nine months down the line, it’s quite likely that credit is going to be scarce,” he said.

And what about the traditional notion that when you dump a significant amount of cash into an economy to stave off a recession, major inflation is lurking just around the corner?

There’s not much to worry about in most advanced economies, Oxford Economics concludes.

“Global monetary growth has been its fastest for decades over recent months, but we continue to believe inflation risks are lower than many think,” Slater wrote in his recent brief. “A modest inflation overshoot in the coming years is possible but would not be very damaging.”

Banks are Tightening Restrictions on Credit

As Slater pointed out, Oxford Economics is already seeing banks beginning to clamp down on their lending policies, and he expects more of that in the near future.

Heavy precautionary borrowing is slowing down in both the U.S. and the UK, and about 80% of the rise in borrowing by large UK firms has been repaid, according to “The global monetary boom — no cause for panic.”

Bank behavior is not surprising when considering the emerging pressures from loan delinquencies and defaults, according to Slater.

“So far, actual credit losses have been small, but loan loss provisions by major U.S. and European banks were $132 billion in H1, the largest since H2 2009. Moreover, trends in corporate bond defaults point to worsening bank loan distress down the line. U.S. and eurozone speculative-grade default rates rose to 5.9% and 3.5%, respectively, in July. S&P forecasts these rates will reach 8%-12% in 2021 — similar to the last two recessions.” — Oxford Economics brief

The brief also discusses how quantitative easing has already slowed considerably, particularly in the U.S. For those unfamiliar with the term, it is defined as an “unconventional monetary policy in which a central bank purchases longer-term securities from the open market in order to increase the money supply and encourage lending and investment.”

“In addition, we would emphasize that much of the fiscal expansion is an attempt to ‘fill in’ missing demand caused by lockdowns and isn’t exacerbating the economic cycle,” according to the brief.

The economic outlook is not as positive for emerging markets. Slater’s colleague Carlos de Sousa explores this in the brief titled “Why it’s still a disinflationary world for most EMs.”

“Demand-led disinflationary pressures continue to dominate in most large emerging markets (EMs) despite rapid monetary expansions, FX depreciations, and inflationary supply disruptions in a few EMs like India and Mexico,” according to the brief. 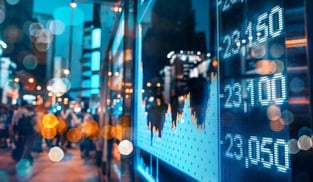 Certain emerging markets may suffer from disinflationary forces in the near future, according to Oxford Economics.

Oxford Economics models suggest that money expansions aren’t enough to spark resurgent inflation in most countries around the globe, de Sousa wrote. Emerging market banks have greater reason for concern when it comes to the inflationary consequences of the recent expansionary policies relative to advanced economy banks.

“Our take is that inflation fears in AEs are misplaced, just as they were a decade ago during the Global Financial Crisis,” according to de Sousa. “But EMs typically have much shorter track records of low inflation, less well-anchored inflation expectations, and in many cases, have experienced frequent inflation overshoots.”

Oxford Economics holds that, based on current evidence, most emerging markets face disinflation due to collapsing aggregate demand.

The brief goes on to note that inflation in most large emerging markets is currently close to or below target and below levels at the same time last year.

While there are scenarios that could point to different outcomes, the brief concludes that quantitative evidence suggests that disinflationary forces will continue to dominate in emerging markets.