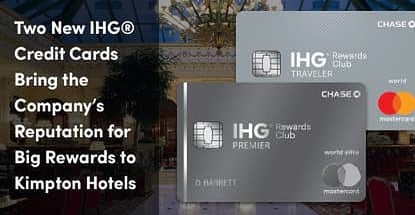 In a Nutshell: Most consumers never leave home without their favorite rewards credit cards. Whether the card gives cash back, points, or miles, today’s plastic makes it easier than ever to save money and make every purchase a slightly better deal. Few hotel brands have mastered the art of the loyalty program like IHG. After a 2014 acquisition of the Kimpton Group, IHG finally merged the pair’s loyalty programs in 2018. The move came around the same time IHG unveiled a pair of new credit cards, the IHG Rewards Club Premier Card and the IHG Club Traveler Credit Card, that replaced the ever-popular IHG Rewards Club Select Credit Card. Both cards offer tremendous point value with low annual fees and the ability to redeem points for stays at any of the 5,300 IHG or Kimpton properties. //

Credit card rewards, whether through cash back, points, or miles, have become so commonplace among today’s consumers that many people carry different cards for specific purchases. Rotating categories or special promotions can quickly make some cards more valuable than others.

The IHG Rewards Club Select Credit Card has long been a popular option for frequent travelers who collect points to redeem for stays at IHG branded hotels. Many cardholders were understandably disappointed when the company announced the card was being discontinued in early 2018. Not one to disappoint, though, IHG quickly made it up to those cardholders with a pair of new plastic options that make it easier than ever to accumulate rewards points.

And if you’re loyal to the IHG-owned Kimpton Group of hotels, you’re in even more luck. 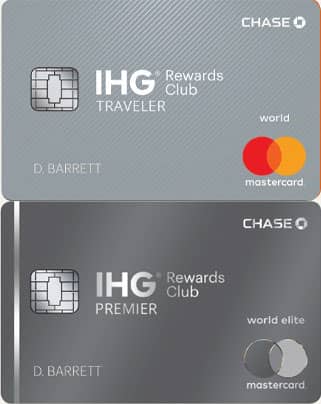 Despite acquiring Kimpton in 2014, IHG had kept its Rewards Club and Kimpton Karma rewards separate for years. That changed when the two programs merged in 2017, giving all members access to nearly 5,300 hotels, including 11 additional IHG brands in almost 100 countries. Enrollees can also earn reward points and redeem reward nights at more than 60 Kimpton boutique hotels.

For the true rewards enthusiast, combining a Rewards Club membership with either an IHG Rewards Club Premier Card or IHG Club Traveler Credit Card can maximize your savings and get you that much closer to your next free stay.

The IHG Traveler card features the same 60,000-point sign-up bonus as the discontinued IHG Select — which kicks in after you spend $2,000 in the first three months. Spending that same amount nets Premier cardholders 80,000 bonus points.

When cardholders of either option redeem points for four consecutive nights, they only pay points for three of them. That’s a superior deal to many hotel rewards programs that offer similar perks for five-night stays.

“Both the IHG Rewards Club Premier and Traveler cards provide tremendous value to our cardmembers,” said Jim Saberton, Executive Director, Chase Co-Brand Cards. “With the Premier card, cardmembers can earn 10 points per dollar at IHG properties around the world, and 2 points per dollar on everyday spend at gas stations, grocery stores, and restaurants.”

Premier cardholders receive a $100 Global Entry credit and an additional 10,000 bonus points on their cardmember anniversary when they spend $20,000 in a calendar year.

Traveler cardholders pay a $29 annual fee, less than the fee for the old IHG Rewards Club Select Credit Card, while Premier cardholders are charged $89 annually for the superior benefits.

The ability to earn points at any IHG property makes these Chase co-issued cards heavyweight contenders in the competitive travel rewards space.

“Kimpton has an unscripted and heartfelt approach to hospitality that’s been a hallmark of the brand since its inception in 1981,” said David Canty, Vice President of Global Loyalty Programs at IHG. “IHG is taking great care to protect what’s so unique about the Kimpton DNA as we best leverage IHG’s global scale and platforms. The unique perks and amenities of the Kimpton brand, like yoga mats, bikes for loan, and being pet-friendly, are very much a part of the brand and will continue to be so. “

Get More Perks with the IHG® Rewards Club Program 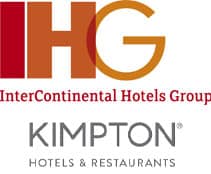 “This means that the great benefits available through IHG Rewards Club, like exclusive rates, personalized offers, unique points earning and redemption options, and access to our many partners, can now be enjoyed at Kimpton Hotels, just like every other IHG brand,” Canty said.

For IHG members, the addition of new properties added further value to what was already one of the best loyalty programs in the hotel industry.

“Our existing IHG Rewards Club members will now be able to earn and redeem points for stays at Kimpton hotels, further exposing them to new brands and new places,” Canty said. “This brings together the best of both worlds, offering more benefits, personal relationships, and global experiences to both Kimpton Karma and IHG Rewards Club members.”

Kimpton has steadily increased its footprint as a brand since being acquired by IHG. The boutique hotel continues to impress guests at popular destinations around the US and expects to continue that trend with a host of new locations set to open in 2018 and beyond.

“One of the most popular locations for the Kimpton brand is Los Angeles, where we’ve recently opened two new amazing Kimpton hotels, Kimpton La Peer and Kimpton Everly,” Canty said. “Chicago in the summer is a great choice, where we have four Kimpton Hotels, including the sophisticated Kimpton Gray.”

Kimpton Expands Beyond the US

With an established fanbase of travelers in the US, Kimpton has leveraged its affiliation with IHG to enter into the international accommodations game.

“The first Kimpton properties outside of the US are now open in Grand Cayman and Amsterdam,” Canty said. “We’ve added hotels to the pipeline in Paris, Shanghai, and Bali, and we recently announced the first UK properties for the brand.”

With that growth and plans for future expansion of the Kimpton brand, travelers may soon be able to find a Kimpton property wherever their journeys take them.

“We’ll add multiple Kimpton hotels in major cities like London, Manchester, and Edinburgh,” Canty said. “This marks another important step in IHG’s plans to take the brand global and will act as a catalyst for the brand’s growth in Europe.”

And travelers will be able to maximize their travel savings while staying at those Kimpton and IHG properties thanks to the merging of their two rewards programs and the introduction of two new IHG-branded Chase credit cards.