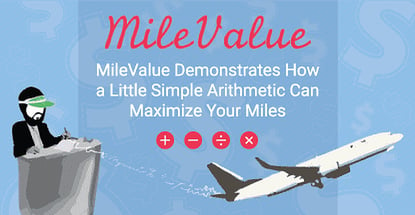 In a Nutshell: Almost anyone who has tried to redeem their airline miles has likely found the experience… less than intuitive. Effectively using points while dodging blackout dates can involve navigating a web of partners and transfers. In his blog, MileValue, Scott Grimmer shows readers the best ways to maneuver around the obstacles, breaking down the complicated system of airline partners and point transfers that has made it possible for him to visit over 75 countries (for practically nothing). Scott demonstrates how anyone can maximize the value of their rewards with just a solid plan, some simple math — and knowing your MileValue. //

To many people, trying to redeem travel rewards is reminiscent of a middle-school math problem: If Bob is leaving from Point A on Sunday on Airline 1, and it costs 12,000 miles, and he needs to get to Point B on Wednesday for 5,000 points on Airline 2, what time should the first plane leave? 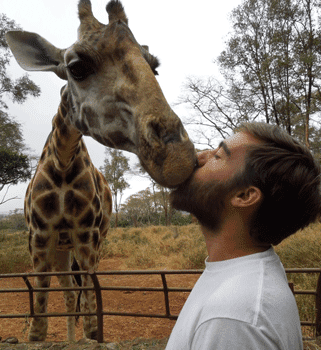 MileValue’s Scott Grimmer started the blog to help people learn to effectively use their reward points.

The seemingly complicated nature of travel rewards has given them a bit of a bad rap, with people eschewing them in favor of the simpler cash back rewards cards. However, those jumping the travel-rewards ship could be losing out on thousands of dollars in free travel.

“If you use rewards correctly, you should be able to travel around — for free — as much as you want,” said Scott Grimmer, the travel rewards expert behind the MileValue blog. Scott has successfully earned millions of miles, traveling to over 75 countries for pennies on the dollar, much of the time in first class.

Scott says that redeeming rewards is actually simple, but learning how to do it effectively can take a little work. “It’s really easy to do, but it’s a complicated topic,” he explained. “It takes some effort to uncover the secrets, so it’s not something that most people are doing correctly.”

Learn to Think Systematically About Miles

When Scott started MileValue in 2012, he had just stumbled into the world of frequent flyer miles and its already active community of avid travelers. For an equally avid travel-enthusiast like Scott, it was a perfect match.

“I just got really into it,” he described. “What I really like to do is to understand exactly how each program works. Then I can figure out how to use the rules of the program to maximize my award and get the most trip possible.”

Not all miles are created equal; Scott works out the math to determine which points are worth the most — which can change regularly — and shares that knowledge with his readers. He also delves into the complex web of partnerships between rewards programs, where points can be redeemed across brands for more value. 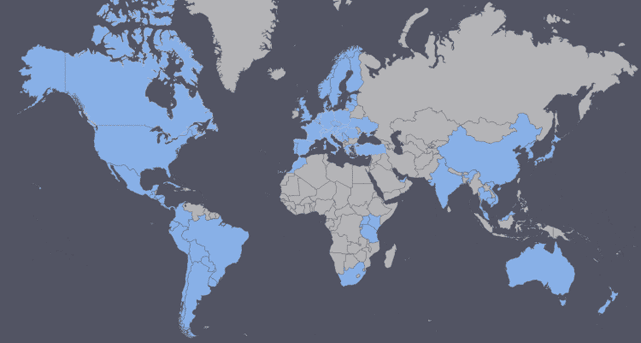 This map shows the 75+ countries Scott has visited by using travel rewards.

“For example, the transferable points you earn with some credit cards — Chase, American Express, etc. — they can have 20 partners,” explained Scott. “I like to keep up with all 20 partners, so when I have a trip coming up, I know which of those partners to transfer my points to in order to book a maximum-value reward.”

In my opinion, the part of the site that best embodies Scott’s mantra of thinking systematically about rewards, is the MileValue rewards calculator. With some easy arithmetic, Scott shows how to assign an actual monetary value to all of you rewards points, so you can maximize their mile value.

“Frankly, it’s super easy to collect miles nowadays,” he said. “Right now there are so many cards with huge signup bonuses — if you can get those cards, you’ll get miles. If you know how to use them — you get free trips.”

3 Ways to Get the Most Rewards from Your Points

When it comes to getting the best value from rewards, Scott said it comes down to planning and know-how. Here are his three ways to getting where you want to go while maximizing your value.

1. Start at the End (and Work Backward)

A common complaint among travel rewards redeemers seems to be the lack of availability; either they hit an infamous blackout date, or the airline whose miles they’ve carefully accrued doesn’t fly to their ideal destination. According to Scott, those headaches can be easily avoided with a little planning.

“The biggest mistake I see is people not starting at the end and then working backward,” Scott said. “If you have a goal trip in mind, you need to figure out the best miles for that trip — then figure out what cards you need to get those miles.”

Having the right miles, for the right airline, can make a big difference. He recommends checking places like Wikipedia to see which airlines fly to and from your destination and focus on the miles that will get you there, and a time when you want to go.

2. Know the Strength of Your Miles

How do you determine the best miles to get to your goal destination? Scott said you need to figure out their relative value. “When people don’t have a good sense of what their miles are worth — the mile value, as it were — they end up wasting them on a bad redemption because they don’t know any better.” 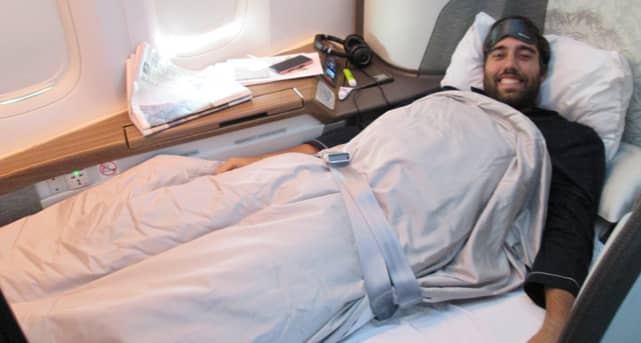 Scott has been able to fly first class for many of his trips by knowing which miles to use, and when to use them.

“Maybe you have a bunch of miles because you fly Delta a lot for work,” described Scott. “You may want to use those miles to fly first class to Australia on vacation — but that’s just not a good use of Delta miles. There are other, better uses of Delta miles that they need to focus on.”

An example? Say you want to fly from New York City to Paris, France, and you change planes in London, England. With the use of a stopover, you could extend you time in London by days, or even months, giving you plenty of time to see all the sites before you board your plane to your next destination.

“Adding a stopover en route is a great way to add another city to your trip,” said Scott, “and get extra value from your award because it’s the same number of miles with the stopover as without.”

A Little Help Getting Your Full MileValue

Unlike your middle-school math class, you won’t get graded on how well you solve the travel rewards redemption problem — but your pocketbook will probably let you know if you passed or failed. If you’ve done the research, but the problem still seems insurmountable, don’t worry; you can use Scott’s Award Booking Service and let him do the legwork.

“We go and search across sometimes several websites in the award space, across tons of alliances — across partners, many of our clients don’t even know exist,” described Scott. “If we find award space that fits their criteria, we’ll either book it for them, or help them book it, and charge a small fee.”

Whether you learn the skills to become a travel hacker like Scott, or just take advantage of his expertise, with help from MileValue, you can make your next vacation not just a lasting memory — but a practically-free one.