Transitioning to a Low-Carbon Economy: Why a Green New Deal Initiative Could Produce Economic and Environmental Benefits 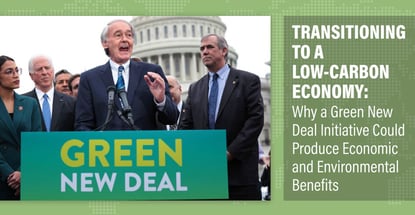 In a Nutshell: Rather than reject the claim that human activity contributes to global warming, today’s opponents of climate change action tend to argue that the cost of any Green New Deal initiative would outweigh the benefits. But a team of ecological economists at the Tufts University Global Development And Environment Institute (GDAE) argues that the climate debate doesn’t need to be a zero-sum proposition. Recent GDAE analysis asserts that sensible sustainability policies inspired by the Green New Deal could result in a net positive for the economy as well as the environment.

Politics — and politicians — often stand in the way of policymaking. The climate change debate, for example, is one that inspires plenty of rhetoric from senators and members of congress. But as scientists continue to produce evidence of human impact on the climate, opponents have shifted from denying that it’s happening to claiming climate action would be too costly.

But a team of economists at the Tufts University Global Development and Environmental Institute (GDAE), led by Senior Research Associate Jonathan M. Harris, found that is not the case. A recent climate policy brief issued by the team argues that mitigating the effects of climate change can actually benefit the economy — if the politicians would stop debating and just listen.

Harris and his team of green economists looked at practical ways to transition to renewable energy, regenerative agriculture, and more efficient industries. In examining the ambitious Green New Deal initiative supported by many passionate climate activists, the team found it might not be as economically costly as its opponents assert. It all depends on how the country approaches it.

“As soon as you pose climate action as a very expensive left-wing program, not just conservatives but everyone in the middle will oppose it,” Harris said. “And that’s where our perspective comes in. We would rather concentrate on the specific policies that make the most sense and can gain broad support.”

Substance Over Style: The Roots of the Green New Deal

For nearly 30 years, GDAE has served as a source of new thinking that emphasizes the ecological, cultural, social, and institutional causes of economic change.

“Our mission is to bring social and environmental realities into the teaching of economics,” Harris said. “So, in a sense, we were talking about the Green New Deal long before it ever existed.” 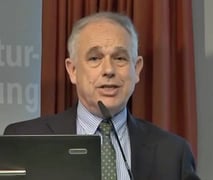 The February 2019 Green New Deal joint resolution called for, among many other things, a shift to 100% renewable and zero-emission energy and the complete elimination of pollution and greenhouse gas emissions. Analysts have claimed that implementing the plan in its entirety would cost the public upwards of $1 trillion.

The Harris team’s brief concludes that popular presentations of the February 2019 plan “suffer from excessively broad aspirational rhetoric” and that its 10-year time frame is “insufficient to achieve many of the more ambitious goals.”

Like the original New Deal that helped pull the U.S. out of The Great Depression during the presidency of Franklin D. Roosevelt, the basic concepts of the Green New Deal stand as a valid application of standard Keynesian economic theory. That theory holds that a social investment function isn’t an option but a requirement for a sustainable market system.

“While the Green New Deal is perhaps a more ambitious formulation than we’ve seen in the past, it’s consistent with good principles of ecological economics,” Harris said. “And that’s why we argue that it makes a lot of economic sense.”

That’s because there are opportunities for growth in transitioning to a more sustainable economy. Some of the work is already underway, and other strategies for implementing the Green New Deal aren’t even particularly costly.

The difference between calling for a revolution, environmental or otherwise, and achieving one, is in the details. When considered individually, the various aspects of the Green New Deal have distinct constituencies of supporters and cost-benefit implications.

Achieving a 100% renewable, net-zero-carbon economy is the most fundamental goal. The deal includes benchmarks for tightening energy standards, increasing efficiency for appliances and lighting, and moving passenger vehicles away from fossil fuels.

“To some extent, all of that is already underway,” Harris said.

Market forces are leading to the slowdown of the coal industry, for example. And automakers themselves are resisting the government’s recent moves to relax emissions standards. And investments in renewables are already well established. 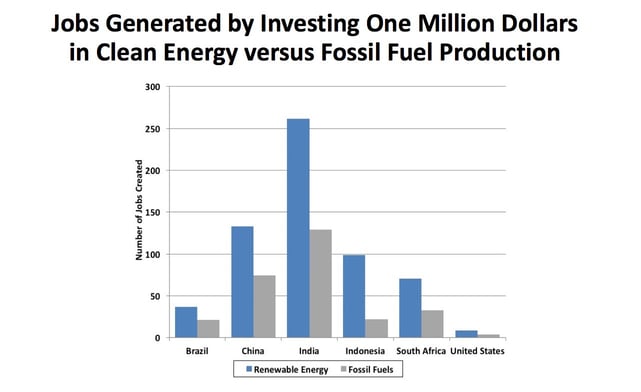 Investment in renewable energy resources can generate many more jobs around the world.

“Modest subsidies for wind power are quite popular with conservative Republicans in the midwest and across Texas,” he said. “They like wind power because they have a lot of wind and because it brings jobs and income to their states.”

Energy efficiency standards are another area where a great deal of progress can be made at little cost.

“We generally have very energy-inefficient policies — even more than in other countries,” Harris said. “We can probably save about 60% of energy cost just by increasing efficiency standards, which carry no cost or even negative cost, because the benefits of the savings outweigh any initial investment.”

Further redirection of the economy toward zero-carbon can be achieved through a carbon tax, Harris said. “But for it to be politically acceptable, such a tax has to have a rebate component, so the average person does not end up footing the bill, and is credited a rebate, for example, on income or social security taxes.”

The key to the concept of a Green New Deal is not asking Americans to accomplish everything at once.

“To get to 100%, there is a cost, but up to the first 50% is practically costless,” Harris said. “And then we can worry about higher costs if we want to achieve perfection.”

Other aspects of the Green New Deal call for protecting and restoring forests and wetlands and moving toward sustainable farming practices.

“Agriculture is a significant contributor to global climate change, but soil has the potential to store significant amounts of carbon,” Harris said. “The trick is to change agricultural practices from input-intensive techniques to regenerative techniques.”

Such redirection, which could be pushed along through public subsidy, would bring collateral benefits, including reducing pollution from fertilizer and pesticide runoff.

And history shows that, when reforms like those happening in renewables and agriculture create jobs, bipartisan consensus follows.

“The sense of urgency behind the Green New Deal is real,” Harris said. “But in terms of policy, what is called for is speeding up things that are already happening as opposed to suddenly having to pay a huge bill for some major government activity.”