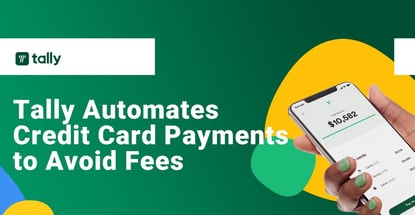 In a Nutshell: Credit cards can be extremely useful. But when people get in over their heads, not only are their financial options reduced, they’re likely feeling way more stress than they need. Tally helps with both problems by strategically automating credit card debt payments to maximize savings on interest and late fees. Because Tally users are able to pay down their cards quicker and with less harm to their credit scores, they’re able to get back to living with less stress sooner.

Credit is a useful tool for financial flexibility, but Americans now carry almost $1 trillion in credit card debt. Overall credit card delinquency rates dipped beginning in the first quarter of 2020, with cardholders in the 18-29 age range — who consistently have the highest credit card delinquencies — experiencing the largest decrease during 2020. That age group likely has a higher proportion of travel and entertainment spending that has been blunted by COVID-19 restrictions.

For consumers dealing with excess debt, however, late fees and interest, late fees and interest only add to the debt burden. It’s bad enough that many people carry debt on multiple cards, but when they try to play games like paying off one card with another, the complexities can quickly spiral into an unmanageable situation.

Fortunately, the Tally app puts technology to work to help get cardholders back on a path to financial autonomy. The app customizes payoff plans and automates card payments so cardholders avoid late fees and gain peace of mind.

That’s important because Tally research shows that as many as half of Americans experience the same level of anxiety around their credit cards as they do waiting on medical test results.

Credit card anxiety can lead to a host of problems, including poor financial decision-making, second guessing, and even avoidance and inaction, all of which make a bad situation worse.

Tally, on the other hand, gives users the feeling that they’re being taken care of by experts. It’s easy to sign up and get Tally to manage all your cards, automate your payments, and even choose the best payment strategy.

“Our mission is to make people less stressed and better off financially,” said Mark Powlen, Director of Product. “And a lot of the time the stress part is the most important.”

Helping Users Choose a Payoff Strategy and Stick to It

The difference between Tally and other credit card debt management tools is that Tally does its fair share of the work. Instead of just pointing out the problem and leaving it to the user to figure out how to fix it, Tally takes on that responsibility.

“You sign up, you add in your cards, and then from there Tally takes over paying them all for you,” Powlen said. “At the end of the day, all the user has to do is pay Tally back once a month.” 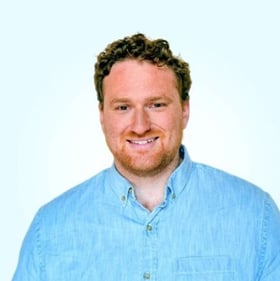 Mark Powlen is Director of Product at Tally.

That’s not to say that Tally doesn’t keep users in the loop and engaged with the app. But because Tally can see the balances and interest rates on all user cards, it’s able to do the micro decision-making that otherwise would take so much time and cause so much stress.

Tally also enables users to pick a payoff strategy that works best with their overall financial goals. Users may choose to pay off their highest-APR card first or attack their lower-balance cards first in order to cross them off the list. Or, they can start by paying their highest-utilization cards first to make the earliest possible positive impact on their credit score.

“It factors in your personal situation, so if a lower-interest-rate card is heavily utilized and it’s impacting your credit score, we’ll pay that card first versus a higher interest rate card,” Powlen said.

Tally is also able to extend a low-interest line of credit to users who qualify. The result for users able to pay off their debt and become eligible for a lower rate is savings of thousands in interest.

Because everyone worries about something, it’s easy to understand how living with excess credit card debt can negatively impact a person’s life.

“Anxiety actually reduces your ability to process the thing that is causing you the anxiety in the first place,” Powlen said. “It can actually make your decisions worse and you end up not really trusting yourself.”

But because Tally helps users see the light at the end of the tunnel, it’s like a weight has been lifted off their shoulders. Tally includes features and tools — like the debt calculator — that suggest what it considers the fastest path to payback given the user’s monthly expenses and cash flow. 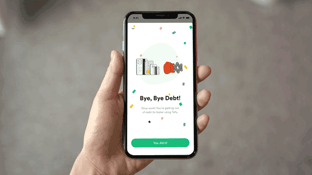 “It recognizes that although ideally, you pay off your full balance every month, that’s just not the reality for every user,” Powlen said.

To start, users input their current credit score, card balances, and APRs into the debt calculator. Then Tally runs the numbers to calculates whether they’re eligible to save with a Tally line of credit. Based on previous monthly payment amounts, the calculator approximates a timeline to debt freedom.

“You can see the impact of what a different payment rate does to your total debt,” Powlen said. “When you target what you want your debt payoff timeline to be, we’ll adjust everything so you have a realistic plan for getting out of debt according to the time frame you want.”

Along the way, Tally protects users from missing payments and helps them avoid paying late fees.

“If you happen to be in a position where maybe you don’t have enough money to cover that minimum payment, Tally will cover it, and then you can pay us back when you get paid a couple of days later,” Powlen said.

Depending on the number of accounts the user brings to Tally, signup can take as little as a few minutes. There’s never a hard credit check involved, and the app is tightly integrated with almost all banks and card companies.

What’s more, security is built into the fabric of everything Tally does. Conduits in and out of the app use leading-edge SSL encryption, Tally doesn’t store bank account usernames or passwords, and it never sells user information.

In short, Tally leans on security to help with trust — and the level of trust users place in Tally is reflected in the high approval ratings it receives in both major app stores.

Still, Tally is always looking at ways to improve. One of the company’s core values is to change shoes often — which is a way for Tally to walk in someone else’s shoes to imagine how different customers experience the app.

“We even have long-standing users who act as a go-to panel for us,” Powlen said. “They’re willing to have longer conversations not just about Tally but also about their finances in general.”

One continual goal at Tally is to further take the pressure off consumers by expanding the range of users who qualify for the line of credit.
“We’re testing a set of automated tools that don’t have any FICO requirements and that will work for 100% of Americans who need them,” Powlen said. “We’re building something for real people that has a very tangible impact on one of the core aspects of people’s lives.”