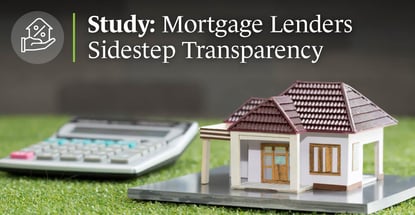 In a Nutshell: The 2013 Home Ownership and Equity Protection Act (HOEPA) mandates loan term disclosures and borrower counseling, and restricts points and fees, among other provisions. But those mandates are only triggered for mortgage loans that exceed specific interest rate thresholds. Youssef Benzarti, a research fellow at the National Bureau of Economic Research, reveals that lenders may have found a way to avoid the act’s controls altogether. His research shows a rise in loan offerings at just below HOEPA interest thresholds since its implementation. That indicates lenders may see an advantage in sidestepping HOEPA — even with the reduction in interest.

On one hand, classical economic theory tends to view individuals as rational actors who behave in their own best interest. In that view, a perfectly competitive market needs no regulation because consumers always opt for the best deal and reject businesses that seek to exploit them. On the other hand, most people — economists or otherwise — recognize that is not the case in the real world.

Understanding that dynamic is what drives behavioral economists like Youssef Benzarti, Assistant Professor of Economics at the University of California Santa Barbara and a Faculty Research Fellow at the National Bureau of Economic Research. He looks at how human factors like psychology, culture, and social pressure influence economic decision-making and help create the decidedly irrational economic picture Americans experience today. 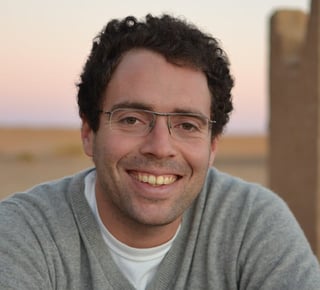 Benzarti, a behavioral specialist in public finance, understood that the absence of regulation in the mortgage industry played an important role in the homebuying market collapse around 2007 which brought on the Great Recession.

The reality is that the housing market collapsed because mortgage lenders seeking to capitalize on rising home prices were less restrictive in terms of the types of borrowers they approved for loans. And, as housing prices continued to rise in North America and Western Europe, other financial institutions acquired thousands of these risky subprime mortgages in bulk — typically in the form of mortgage-backed securities — as an investment, in hopes of a quick profit.

But that proved catastrophic. The subprime mortgage crisis led to increases in home mortgage foreclosures worldwide and caused millions of people to lose their life savings, their jobs, and their homes. Mortgage lenders filed for bankruptcy cracking under the pressure of the subprime crisis and the declining housing market. The ripple effect of foreclosures eventually grew too strong for the entire financial system to bear, and it impacted not just those homeowners and lenders, but everyone.

Because the consequences of economic decision-making extend beyond individual transactions, the government naturally has an interest in protecting consumers from the potential risks of the market. And in his latest research, Benzarti assesses the effectiveness of recent efforts to reform the housing market — and the mortgage industry’s creative response.

How the HOEPA Rule Redistributed the Mortgage Market

Among the many reforms meant to fix issues that led to the Great Recession, the Dodd-Frank Act of 2011 created the Consumer Financial Protection Bureau (CFPB). In 2013, as part of its strategy to address housing, CFPB extended the protections of the Home Ownership and Equity Protection Act (HOEPA) of 1994.

Lenders with products fitting those stipulations are required to explicitly disclose information, including loan terms and the consequences of default to their customers. And loan applicants are required to meet with counselors approved by the U.S. Department of Housing and Urban Development before approval. 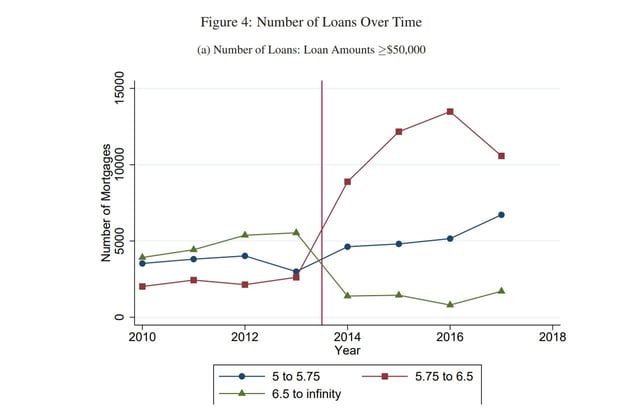 The number of loans just under the 6.5% HOEPA cap skyrocket after the rules went into effect.

Due-on-demand features and balloon payments are banned. And certain types of late and service fees are limited or prohibited as well.

Some may assume that HOEPA fixed those flaws in the mortgage market — and indeed, higher-interest loans of the type that led to the Great Recession no longer exist. But Benzarti’s survey of publicly available government data reveals how mortgage lenders have worked around the 2013 HOEPA Rule to their own advantage.

He found that in 2014, the year the HOEPA Rule went into effect, a “large and rapid” decline in loan offerings above the interest thresholds occurred, accompanied by a corresponding increase in loans just below those thresholds.

“Instead of complying with the regulation, they just avoid it by decreasing interest rates,” Benzarti said. “They’re willing to incur interest losses just to avoid it altogether.”

Classical economics may have predicted that the HOEPA Rule’s interest thresholds would lead some lenders to exit the market and others to increase rates to account for costs.

“If markets operate competitively, which is a standard assumption in economics, lenders would offer interest rates that are close to their marginal costs,” he said. “They can’t decrease their rates because, if they do, they’re not going to make enough money.”

But that didn’t happen after HOEPA went into effect. Instead, higher-interest, pre-HOEPA lenders stayed in the market, lowering their rates by an average of about 10%. Moreover, the overall supply of loans was not substantially affected by the reform. 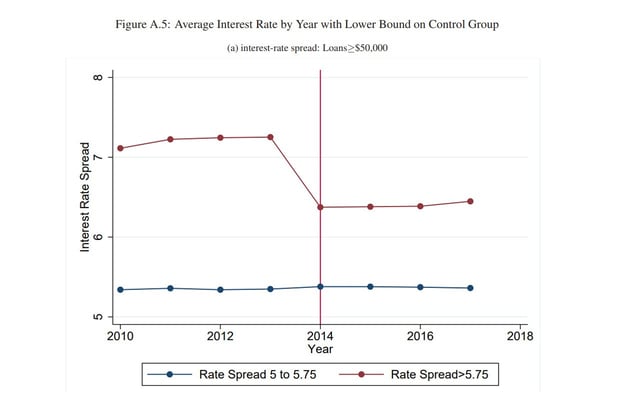 On the surface, conditions in the post-HOEPA market imply a substantial windfall for mortgage consumers. In fact, looking at loan volume and loan amounts after the HOEPA reform, Benzarti calculated that consumers have saved about $500 million in interest.

“Lenders are probably making less money, but not enough to affect them so much that they leave the market. Basically, they’re trying to hide away from the regulations,” Benzarti said. “The government is trying to make mortgage transactions more transparent by implementing this policy. And so lenders hide just below the cutoff.”

Benzarti wanted to understand why, and his analysis reveals the limitations and unintended consequences of the HOEPA Rule and argues for continued public vigilance in housing.

Ensuring Borrowers are Informed is in the Public Interest

Benzarti advances four possible explanations for lenders’ willingness to take that $500 million hit. Perhaps the administrative costs of HOEPA are so high that they exceed the profits lenders would take from charging higher interest rates. But the costs of HOEPA compliance apply to all lenders and loan products, not just to those directly governed by the act, so reducing rates is irrelevant.

Another explanation is that lenders are misreporting rates to avoid scrutiny. That’s a criminal offense, and common sense — and routine CFPB audits — make it extremely unlikely.

It’s also possible that borrowers have driven the market’s transformation by deciding to contract lower-interest mortgages. But if that were the case, then the accumulations of loans at just below the 6.5% and 8.5% threshold would probably not have occurred. It is a stretch to assume borrowers would spontaneously organize themselves in that way.

Or, as Benzarti writes, “lenders could be redesigning their contracts by decreasing interest rates and compensating for this loss by creating new fees or penalties. This is possible and further reinforces the idea that banks profit from hidden prices more than from APRs.”

That could mean that the market found a way back to where it was before HOEPA went into effect. According to Benzarti, only one thing is certain: Homebuyers should read the fine print carefully before signing a mortgage contract.

“I recently bought a house, and it was a 100-page document that I had to sign at the escrow company,” he said. “You have the notary looking over your shoulder, and you try to read things quickly, but the reality is you don’t. And my sense is that most people might not be doing that as well.”

On the Issues: Political Candidates’ Stances Without Commentary