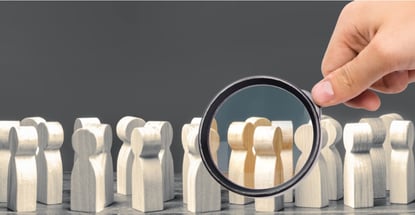 Data on who applies for and receives certain credit cards and what they do with credit cards once they’re activated reveals interesting consumer trends. Credit card holders have different characteristics that vary in scope. All the collected facts and data paint a fascinating story about US consumers and their credit cards.

Here are the most recent statistics on account ownership broken down into key demographic measures: age, income, gender, and race.

Applicants must be 18 years old to obtain a personal or business credit card in the United States.

People under 18 can have a card in their name if the account owner makes them an authorized user. There is no legal age requirement for authorized users, and many credit issuers will allow even young teenagers to be authorized users. These credit piggybackers are not account owners, though, and bear no legal responsibility for making payments or any of the accumulated debt.

Therefore, to determine the ownership data according to age, it all starts when the person is no longer a minor in the eyes of the law and can enter into a contractual relationship with the credit card issuer.

Average Number of Cards by Generation

In fact, a 2022 ThinkImpact report found that 83% of undergraduate college students own at least one credit card. More findings from the report:

As far as who is looking for new cards, a TransUnion report found that millennials are opening the greatest number of new accounts. In the second quarter (Q2) of 2021, millennials led the growth share of credit card originations at 32.7%. After that:

A 2021 Mintel report found that credit cards are the preferred payment method among US adults, but generations use them differently.

According to 2021 data collected by Motley Fool’s The Ascent survey, the most commonly owned card types by generation are:

There is no fixed or legal minimum amount of income a person is required to earn to guarantee credit card approval. Credit card issuers are free to set their own qualification standards on each of the accounts they offer.

In general, though, credit card issuers are willing to grant credit cards to applicants who can afford at least the minimum payments on the debt they rack up with the credit line. For this reason, credit reports and credit scores aren’t the only way an issuer determines qualification.

Income, especially when compared with the amount the consumer is already repaying to existing debts, is a critical factor in eligibility. The higher the income a person has, the greater likelihood that person will own at least one credit card, though there are some fits and starts in the data.

As per ValuePenguin’s research, the collection of people who own at least one credit card is as follows:

According to a 2022 New York Federal Reserve report, only about half of low-income households have access to a credit card. The correlation between income and bank card ownership is as follows:

It’s important to note that credit cards for people who have very limited incomes (and who have not established their credit histories) do exist. They either have low credit limits or are secured credit cards.

These pathway products let people with income constraints charge products and services and begin to build a credit history. With a secured card, the applicant puts down a refundable cash deposit that acts as collateral against default. Owners of secured cards can’t charge much since the majority of these accounts have credit lines that are less than $300.

Such low limits allow people with low incomes to afford the monthly payments, even if they charge up to the maximum.

Employment income is not a requirement for credit card qualification and credit lines. In addition to an applicant’s personal employment, income from such regular sources as a spouse or partner’s income, a parent or guardian’s financial contributions, investment earnings, alimony, child support, and inheritance distributions can be listed on a credit card application.

It is illegal for any lender to base credit qualification and terms on an applicant’s sex. The Equal Credit Opportunity Act (ECOA) is a federal law that prohibits credit discrimination based on a wide variety of factors, including gender and sexual orientation.

While some credit card applications have a checkbox for the applicant’s sex, applicants are under no obligation to check it off. Even if the person chooses to provide an answer, the issuer is not permitted to use it to determine eligibility, interest rates, limits, and all other terms.

Fascinating differences in the way women and men obtain and use credit cards emerged in a 2022 study conducted by Lantern by SoFi:

According to a 2022 LendingTree poll, women face greater struggles paying their credit card bills in full and on time than men:

The Financial Health Network showed more disparities in its 2022 The Gender Gap in Financial Health report. Thirty-nine percent of women surveyed reported unmanageable levels of debt, as opposed to 31% of men.

The Lantern survey teased out more credit card usage differences between the genders. For example, at 12%, women were twice as likely to see no credit score improvement after getting a credit card than men. When negotiating lower interest rates with their credit card issuer, men were successful 69% of the time, compared with only 46% of women.

The ECOA also prohibits any kind of credit discrimination based on a person’s race and ethnicity. A person’s race is never listed on consumer credit reports, including those created by Experian, TransUnion, and Equifax.

The report found a statistical difference in who has a credit card:

And then there is a matter of late payments. An interactive map developed by The Urban Institute illustrates differences in debt delinquencies when broken down by race.

The credit card debt delinquency rate is 3% in White communities. It is 5% In communities of color.

Differences in credit card ownership and usage vary widely when age, income, gender, and race are considered. Conclusions can be drawn from the reported data but should be done carefully and objectively. It’s important to analyze all factors.

In the end, credit cards are tools that most consumers can use to their benefit. Fair access and financial education are essential components to credit card ownership success.

How We Improved Our Credit Score

8 Best Cards to Use at Costco