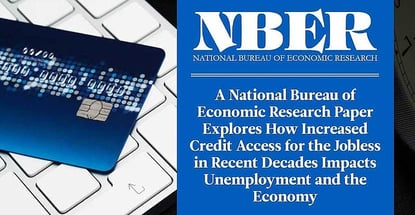 In a Nutshell: Unemployment rates in the U.S. are often used to indicate the health of the economy. But what of the relationship between the unemployed and their accces to credit as it applies to state of the economy? A recent paper released by the National Bureau of Economic Research examines this connection, building off previous research that reveals how access to credit among unemployed households increased by significant amounts between 1977 and 2010. “The Impact of Consumer Credit Access on Unemployment” by Kyle Herkenhoff illuminates how increased access to credit leads to longer job searches, moderate impacts on recessions, and an increase in the overall welfare of the unemployed.

For the average American, the early-to-mid-2000s felt like a time of relative economic stability. The GDP increased each year before 2005 when it began seeing a moderate decline. Americans were slowly recovering from the societal impacts of 9/11 and maintained a cautious optimism.

But, behind the scenes, the perceived stable economy was perched atop a precarious foundation of short-sighted banking policies, decreased regulations, and irresponsible practices that would send the U.S. toppling head first into a recession beginning in 2007.

Unemployment rates rose to 5% in December of 2007, peaked at 10% in October 2009, and remained at elevated rates until finally dropping below 5% once again in January 2016.

University of Minnesota Assistant Professor Kyle Herkenhoff said he was interested in exploring the impacts of access to credit on the macroeconomy at the time, and unemployment proved to be a good entry point.

“Unemployment rates were on everyone’s mind back in 2013 when I began my research because job numbers had still not recovered from the recession,” he said.

Herkenhoff’s research led to an ongoing suite of academic papers. His latest work, is “The Impact of Consumer Credit Access on Unemployment”, released by the National Bureau of Economic Research (NBER) where Herkenhoff holds the title of Research Economist.

“The NBER is a private, non-profit, non-partisan organization dedicated to conducting economic research and to disseminating research findings among academics, public policy makers, and business professionals,” according to the organization’s website.

Unemployed Households’ Access to Credit Increased Significantly Between 1977 and 2010

As Herkenhoff began exploring the history of credit access for low-income and unemployed consumers, he discovered that in the 1960s only about 1 in 10 unemployed households had access to credit. By 1977, access had only risen to 13%, according to “The Impact of Consumer Credit Access on Unemployment.”

But Herkenhoff said that number more than tripled in the following decades. 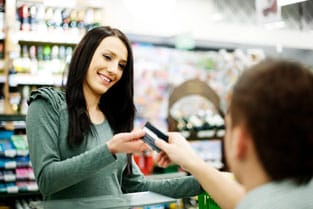 Nearly half of unemployed households had access to credit in 2010, Herkenhoff said, with about one-third using that credit.

Herkenhoff said he believes such a large increase is a testament to the way the finance industry has adopted new technology over the years. Additionally, credit scoring has become more pervasive and lenders are able to identify risk levels more accurately.

“The Impact of Consumer Credit Access on Unemployment” uses this data as a jumping off point to analyze “how both cyclical fluctuations and trend increases in credit access impact the business cycle.”

“I theoretically and quantitatively examine how growth and fluctuations in households’ access to credit markets since the 1970s have affected the way employment evolves over the business cycle,” Herkenhoff wrote in the paper’s introduction.

The paper points out that previous studies have explored areas related to the impact of the duration of unemployment, employment incentives, and economic recoveries, “the macroeconomic effects of credit access on households’ job finding behavior remains an open question.”

“One of the ideas behind the paper is to consider, if the economy goes into a recession and those unemployed households are able to borrow significant amounts of money through revolving credit, do they take a little bit longer to find a job?” Herkenhoff asked. “Are they able to finance an extra week on a job search to find the right job?”

Herkenhoff initially received some pushback in the academic community because some people initially weren’t open to the idea that credit cards and the credit card market mattered in a job search, he said.

But when he presented it from a real-world perspective, people became more receptive. 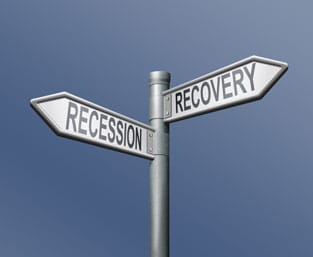 Herkenhoff’s research reveals that increased credit availability among unemployed consumers leads to a slightly slower recovery time from a recession.

“Let’s say you’re somebody with good credit and you have five credit cards with a $10,000 limit on them, but then you lose your job,” Herkenhoff said. “You’re not going to take the poor-fitting job offer that comes along. You’ll spend a little more time to find the right job because you can tap into that credit.”

If a consumer can replace 10% of his or her previous income with credit, it will add anywhere from two days to an additional week to be able to find the right job.

Herkenhoff’s paper connects how this type of scenario, in which consumers rely on credit to slightly extend their job searches, contributes to a delayed economic rebound from a recession on a macroeconomic level.

“In aggregate models, what that looks like is a little bit slower recovery,” Herkenhoff said. “And, over the last three recessions — 1990, 2000, and 2007 — this can account for a fifth of the slowdown in recoveries we’ve seen.”

This echoes Herkenhoff’s paper, which states that “The main quantitative result is that credit expansions and contractions have contributed to moderately deeper and more protracted recessions over the last 40 years.”

The fact that these unemployed and low-income segments of the population have gained significant access to the credit market is a good thing because it ultimately improves their welfare in a number of ways, Herkenhoff said.

“On average, if you look at the labor market, these low-income households are better off in terms of their day-to-day lives when adverse situations arise because they have the means to help smooth things out,” he said. “They can continue to buy groceries in that week when they don’t have a job or their hours are cut.”

Increased access to credit is a good thing, said Herkenhoff, because it improves the welfare of unemployed households.

Herkenhoff said the models and data are unambiguous in their results.

“These people are actually able to borrow and smooth consumption when they do lose their jobs — this shows that that credit is doing what it should,” he said. “And it looks like the unemployed are using credit the way they should. Half have decent access to credit and about a third are using it.”

He said that overall improvement in welfare also includes that extra time to find the right job.

“If you take the first job offer you get, you might have to pack up and move to a different state or region,” Herkenhoff said. “You could potentially take a lower job title or something along those lines that could permanently hurt you.”

“The ability for the unemployed to access credit markets to help make ends meet temporarily or buy a little more time to find the right job is an improvement,” he said. “The really strong prediction in the model is all the cohorts from 1980 onwards gained significantly from the increase in low-income credit access. People are better off.”

Fortunately, the unemployment rate is around its lowest level of the past 49 years. But the economy is cyclical and it’s only a matter of time until another recession approaches and unemployment rates increase again. Studies like Herkenhoff’s can help experts understand what to anticipate credit markets and the economy.

Herkenhoff said he is working on a follow-up paper that will build off “The Impact of Consumer Credit Access on Unemployment” to explore how credit cards can serve as unemployment insurance — a role generally filled by the government.

“We ask how optimal policy should look given that credit is a pretty good form of unemployment insurance,” he said. “What we find is that public insurance can be reduced slightly because of the existence of this large private insurance market.”