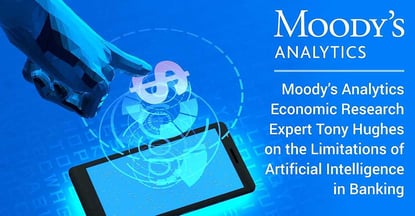 In a Nutshell: Rapid innovation dominates the financial industry, in part, because of emerging technologies that rely on artificial intelligence (AI) and machine learning capabilities. Moody’s Analytics is the sister company of Moody’s Investors Service — one of the Big Three credit rating agencies — and conducts economic research on these types of cutting-edge trends in the finance world. We recently sat down with Tony Hughes, the Managing Director of Economic Research at Moody’s Analytics, who spoke about artificial intelligence, the importance of risk assessment, and his recent article for the Global Association of Risk Professionals entitled, “The Limits of AI in Banking.”

Of course, these are all good things. And Tony Hughes, Managing Director of Economic Research at Moody’s Analytics agrees. But, he also points out that industry players should understand that AI is not the solution for all of the finance industry’s challenges.

“It’s important to take a balanced view of these things and not just swallow the hype,” he said. “Look at it critically and think about where it can help you improve and where it might actually cause problems.” 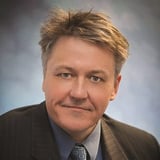 To dive deeper into this conversation and learn more about AI’s uses (and drawbacks) in the financial industry, we recently spoke with Hughes. The Ph.D. econometrics expert has been deeply involved in a wide range of topics at Moody’s over the past 15 years, including researching financial risk modeling, asset price forecasting, and general macroeconomic analysis.

Moody’s Analytics is the sister company of Moody’s Investors Service — one of the Big Three credit rating agencies — and conducts economic research on these types of cutting-edge issues in the finance world.

Hughes recently published an article for the Global Association of Risk Professionals entitled “The Limits of AI in Banking.” We used this article as a jumping off point to further explore risk assessment, how AI fits into modern banking, and why AI might not be the answer to every challenge in the finance industry.

Risk assessment — generally speaking, the process of determining the likelihood of incurring a loss from a loan or investment — is a crucial component for the financial industry.

Banks use consumer credit scores, income, collateral, and other metrics to determine whether a person is a good candidate for a loan. If the risk is too high that the bank won’t be repaid, the institution will deny the loan. 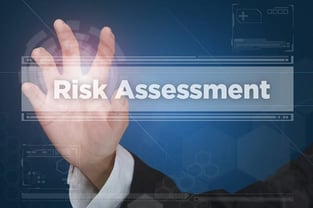 Risk assessment techniques are evolving with advances in AI technology.

Similarly, when individuals or institutions are considering stocks or other long-term investments, weighing the potential risk versus the potential return is crucial in the decision-making process.

Hughes said the FICO score is a key component for banks to assess the risk of a potential borrower. He said the process of determining a FICO isn’t too far off from what is considered AI today.

“In a sense, it’s quite hard to delineate between some of the new methods and the old stuff because I think you can make a pretty good argument that big data machine learning tools have been around for a long time,” he said.

He said that to determine a FICO score, a huge amount of data is collected from credit files to determine factors including length of credit history, payment history, credit versus debt, and other considerations. The data is statistically analyzed to produce a result based on an established algorithm.

“One thing that’s really shifted is the growth of alternative data sources,” Hughes said. “People are exploring sources of other information that may provide a signal of credit performance, and looking at things like neural nets to employ in these kinds of scenarios.”

Where AI and Machine Learning Fit into the Banking Industry

Hughes said AI and machine learning certainly have a place in the financial industry, partly for the reasons mentioned above, including cost savings, giving users a better experience, and improved security.

But, he said, this technology isn’t necessarily as shiny and new as some might think.

AI and machine learning can help reduce costs and enhance the user experience in the financial industry.

“AI and machine learning is something that everyone’s talking about. It’s funny because there are a few different ways of looking at it,” Hughes said. “A lot of hard-nosed statistics people view the current craze for AI cynically, simply because they say these techniques have been around a long time and are being rebranded as AI.”

Hughes said what used to be called statistics or predictive analytics is now called machine learning and AI, and all of a sudden it’s the “topic du jour.”

He said, the truth is, some of the techniques have been in practice, but other factors play a role in where it stands today. Considerations like increased computing power, cloud technology, and evolving methodologies have made the applications of the technology cheaper and allowed it to grow significantly over the last few years.

This can lead to cases where the desired result is produced, but there is less understanding of the rationale behind the result.

“I think the challenge of humans in the world of AI will be to know when to trust the AI and when to switch the robot off,” Hughes said.

He said there are cases in which AI is turning out to be very useful. He is currently working on a predictive application to determine a vehicle buyer’s likelihood of default based on the type of automobile he or she is purchasing.

“The AI works very well in making those kinds of predictions,” he said. Part of the reason it works well, he said, is because the data model he used to train the program is taken from the recent post-recession years. He said it has been a fairly consistent period of human history with the economy steadily growing.

But Hughes proposes that, if AI were expected to predict recessions and other economic pitfalls, it cannot perform nearly as well.

“We know now that making a subprime mortgage loan in 2006 was a mistake,” he said. “If we had today’s AI back then, would the robot have been able to tap that lender on the shoulder and say, ‘You’re about to make a loan to this guy but it’s a bad idea?’”

Hughes said the answer is no — the AI is not strong enough to tap that lender on the shoulder.

The types of predictive models that strive to solve that problem are called stress tests. “The point of the stress test model is to predict behavior during a banking system crisis,” Hughes wrote in his article.

Hughes said there’s no such thing as a generic recession. Each one is different and caused by different factors. So, even if a predictive model learns from one recession, it won’t predict the next one because it will not be born out of the same circumstances.

Hughes sums up his stance near the end of his article.

“Even if we were armed with data on every banking interaction in human history, we would still be millennia removed from (accurately predicting recessions),” he wrote. “Such events are just too strange and infrequent for us to allow data-based methodologies to be central in crisis prediction and mitigation.”