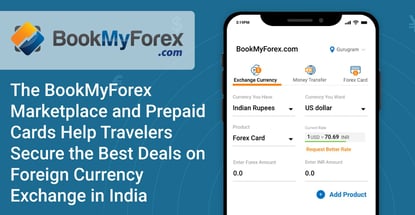 In a Nutshell: BookMyForex has emerged as India’s most innovative foreign currency exchange service. The company partners with hundreds of banks and exchanges to offer real-time rates, service-quality comparisons, and has helped more than 300,000 customers. Through its prepaid Visa travel card, BookMyForex brings the benefits of currency exchanges locked in at interbank rates to Indian consumers in 15 currencies and counting.

India’s long road to a market-based economy and greater connection to the West runs through the Liberalised Remittance Scheme (LRS), a set of regulations governing how resident Indian taxpayers can send money abroad.

LRS allows Indians to remit as much as $250,000 in rupees each year, but it defines a specific set of purposes for doing so. The regulations also limit transactions to authorized banks and money changers, and require local physical delivery of forms and documentation.

Given that moving money out of the country wasn’t allowed at all until the LRS went into effect in 2004, the regulation has been an enormous step forward as more Indians have sought to travel, work, and study abroad.

But compared to how foreign remittances work in countries like the U.S. — which aren’t nearly as concerned with capital flight — sending money abroad in India is highly inconvenient.

That’s why BookMyForex has been such a welcome entrant in the Indian foreign exchange marketplace.

Since 2013, BookMyForex has helped Indians exchange currencies simply, securely, and at affordable rates. BookMyForex removes obstacles to the kind of close international connections that can help consumers thrive by partnering with providers in more than 5,000 offices in over 650 cities in India.

“We connect folks who are looking to exchange currency with the providers around them that are offering the best rates and service quality track records,” Founder and CTO Nitin Motwani said. “Given that the regulations are actually quite complex, we’ve tried to make the process as seamless as possible.”

When BookMyForex launched in 2013, its initial goal was simply to provide an option for Indian residents to exchange currencies online.

“At that time, there was no service of that sort in India at all,” Motwani said.

The company established a relationship with a single bank operating more than 2,900 branch locations in 300 cities. Customers placed their orders through the platform and then picked up their currency or had their transfers processed at the branches.

Although BookMyForex quickly built out deep integrations with its partner, the people side of the equation was another matter.

“We saw issues with training bank staff to execute the orders the right way,” Motwani said. “And, of course, we didn’t have the personnel to go in and train staff in all those different branches.”

So BookMyForex pivoted to its current marketplace model for transfers, moving beyond its single bank relationship and building partnerships with hundreds of authorized currency exchange companies and banks.

The result is a forex process that is much more transparent to the customer.

“We started the whole concept of real-time rates and quality comparisons between different service providers in India,” Motwani said. “And that led to us coming up with the best rates for our customers in different localities.”

Customers can securely book wire transfers and foreign currency demand drafts — even delivery of cash or traveler’s checks — at live and transparent exchange rates. They also have the option of locking in a rate for as long as three days. They can either transport their LRS documents to the partnering office themselves or schedule a fee-free doorstep pickup with BookMyForex.

Orders process within 24 working hours after documentation is complete, and customers pay only what BookMyForex’s partners charge.

BookMyForex also moves beyond the proven success of the platform model. With its Visa and Mastercard prepaid forex travel cards, the company offers customers the most convenient way to secure foreign remittances in India. And customers can use the cards everywhere Visa and Mastercard are accepted.

“One of the revolutionary ideas we introduced into the Indian market was the whole concept of providing foreign currency at exact interbank exchange rates loaded on our cards,” Motwani said. “The revenue model is your typical interchange fees, which you earn right from the actual spends that happen.”

The appeal for customers stems from the benefits of working through Visa. Compared to most other delivery methods, the cards are more secure because they include chip-and-PIN and CVV protection. 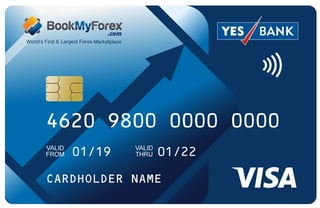 “There’s also insurance in case of fraudulent transactions and emergency cash assistance in case you lose your card,” Motwani said.

“If you’re on an international trip and you run out of funds, obviously you can’t replenish your cash supply at that time,” Motwani said. “But you can instantly reload your card, and when you come back into India, you can change your balance back into Indian rupees and move it back into your account.”

And the cards also gain management functionality from the sophisticated mobile apps associated with them. Cards, as well as specific transaction types, can be locked and unlocked directly from a mobile app.

“You also get live, real-time notifications of your spending, and, of course, you can see your balances any time,” Motwani said.

And BookMyForex plans to add functionality that will allow customers to seamlessly exchange currency between wallets and also instantly add and remove money.

BookMyForex offers its travel cards through bank partnerships, but the company is also planning more innovation in that area. It aims to expand the platform into more of a comprehensive, well-rounded travel service.

The first step involves establishing its own direct card-network relationships, circumventing its current relationships with card issuers and allowing BookMyForex to diversify its monetization strategy, especially with leisure travelers.

“Once we have that, we’re planning on actually leveraging the spending patterns of our customers — categorizing them according to the interests they have,” Motwani said. “While they’re abroad on trips, we’ll use that information, along with their current geolocation, to provide them with offers.”

Connected to that idea is a platform for tours and activities that BookMyForex operates. The platform aggregates data from several outside travel services, offering discounts for multiple bookings and for bookings made through its cards. 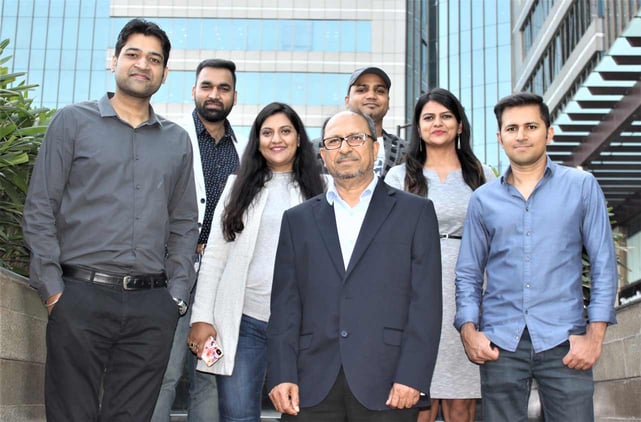 The BookMyForex team is working on new products and solutions for travelers.

The marketplace is also moving into SIM cards via a pilot program that BookMyForex plans to expand. It also plans to bring in loan providers to give customers another option for funding their cards.

“Once they have their card funded, they can actually convert the funds from one currency to another instantaneously from the app, and they can start using it abroad wherever they like,” Motwani said.

Within the stipulations of the LRS, BookMyForex continues to offer Indians more options for transporting their own assets to international destinations. Students, workers, holiday travelers, and others benefit from convenient and secure transfer and exchange services from India’s original retail foreign exchange and international money transfer provider.

“Simplicity is one of our primary advantages and how we attacked the market from the beginning,” Motwani said.