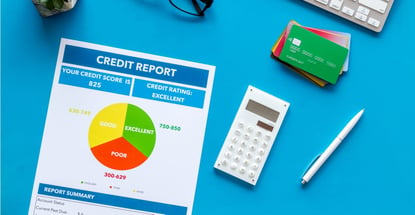 Experian, TransUnion, and Equifax. These are the names of the three major credit bureaus in the United States. The Big 3, as they’re often called, are in the business of collecting information about how you manage your credit obligations and saving it into what’s called a credit file database.

They compile information from their credit file database into easy-to-read credit reports that they sell to lenders and other businesses that may want to review your credit history for one permissible reason or another.

Your credit reports can impact your ability to borrow money or rent an apartment. They can influence the interest rates and fees you pay for financing. And credit reports can sometimes even affect your chances of getting a job or promotion, as they can be used as part of the employment screening process.

Because credit reports hold so much influence, it’s critical that they be free from mistakes.

Given the amount of criticism credit reporting and credit bureaus receive, you may think the title of this article is a loaded question with an obvious answer. I think the knee-jerk response would be that they are not very accurate. However, you’d be wrong.

The facts born from the only two recognized credit report accuracy studies ever performed indicate that not only are credit reports accurate, but they are overwhelmingly so.

Credit Reports Are Accurate 98% of the Time

If you were expecting a different answer, it’s understandable. The credit bureaus, after all, rarely are lauded for what they do.

The credit reports maintained by the three major credit bureaus are 98% accurate, despite a previous study indicating 1 in 5 credit reports have errors.

However, just because someone is unhappy with negative information being present on their credit reports certainly does not mean the information is wrong.

The numbers simply don’t justify the heavy criticism that the credit bureaus receive. If you’re not convinced, you’re probably not alone. I recognize this is likely coming as a surprise to most of you. Therefore, what you’ll find below is a deeper dive into those two aforementioned studies that were performed to determine whether the credit reports used in the United States are accurate.

The Federal Trade Commission, or FTC, describes its mission as, “protecting consumers by preventing unfair business practices through law enforcement.” The point being, nobody would ever interpret the FTC as being an organization that advocates for corporate or business rights. They are squarely in the corner of consumers.

As such, you’d expect any study they performed on credit report accuracy to be fair to consumers, if not leaning in their direction just a bit.

Between the years of 2004 and 2012, the FTC conducted a study on the U.S. credit reporting industry. In that study, the FTC examined the accuracy of the credit reports that come from the three major credit bureaus.

This is the most recent report produced by the FTC, so we’re stuck with it until the FTC or the Consumer Financial Protection Bureau performs another one.

There were 1,001 participants in the FTC study, selected to represent the demographics of the general U.S. population. Some of the highlights from the FTC credit reporting accuracy study are as follows:

It’s worth noting that the sample size of 1,001 participants is on the small side, as there are over 660 million credit reports in commercial circulation, about 220 million per credit bureau. Some experts suggest that the low number of participants along with the fact that the study didn’t examine detailed credit report data or even address the dispute process may have skewed the results.

The second recognized study on credit report accuracy was performed by the Policy and Economic Research Council or PERC. The PERC study was released in 2011 and was partially funded by the credit reporting industry but was also funded by various governmental agencies.

In PERC’s study, participants were asked to review their credit reports and scores (from at least one credit bureau, sometimes more) and point out any potentially inaccurate information. Then, the participants filed disputes with the credit bureaus and reported the outcome back to PERC. This mimics the normal process that occurs thanks to a consumer’s right to dispute potential errors as per the Fair Credit Reporting Act.

Here’s a look at what the PERC study found:

“This report helps explain the gap between widely cited anecdotal evidence that errors in credit reports are very common, and industry claims that the data contained in their databases are reliable and of high quality. Although participants reported potential disputes in one-fifth of reports examined, and one-fourth of those who examined all three reports found a potential dispute in at least one of their reports, most modifications were minor or inconsequential,” according to the study.

The Fair Credit Reporting Act (FCRA) gives you the right to dispute any information on your credit report that you believe to be incorrect. When a credit reporting agency receives a dispute, it generally has to investigate and send you a reply within 30 days or, in some cases, 45 days.

You may be surprised to learn that Experian, TransUnion, and Equifax collectively receive around 8 million disputes per year, according to the Consumer Financial Protection Bureau (CFPB). Yet Congressional testimony by the Consumer Data Industry Association (CDIA) reveals that the bureaus consider at least half of those disputes to be frivolous disputes submitted by credit repair companies.

The CDIA calls the process of filing frivolous disputes “jamming” or “gunking.”

There are 220 million credit reports at each credit reporting agency. If you assume that the 4 million disputes (after you remove the alleged 4 million frivolous disputes) represent a single consumer disputing one item at all three credit bureaus, it means that consumers dispute just .6% of the items found on credit reports.

You probably noticed that I referred to the FTC and PERC studies as being relatively dated. That’s important because there have been considerable changes to credit reports since both of those studies were performed.

The primary set of changes was part of the National Consumer Assistance Plan or NCAP. NCAP resulted in many of the following industry changes as it pertains to credit reporting, all of which would reasonably have a positive impact on credit report accuracy.

NOTE: Some of these changes below were made independent of NCAP.

How to Check Your Credit Reports For Accuracy

While all this data and statistics can be complicated, one thing is true: It is certainly possible that your credit reports may contain errors that you’d like to have corrected. Overall, the credit bureaus do a good job of maintaining accurate credit files.

The FTC and PERC studies indicate that credit reports are materially accurate 98% of the time. That statistic is even more impressive when you consider the fact that each major credit reporting agency maintains such a massive number of consumer credit files constantly being updated by over 11,000 furnishing companies. 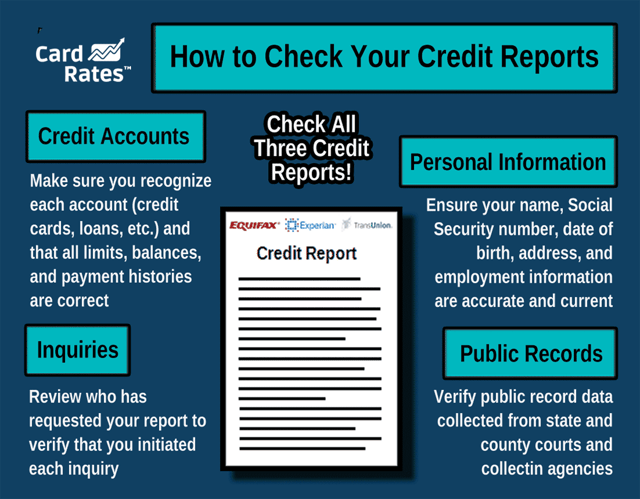 The FCRA gives you the right to claim a free copy of each of your three credit reports once every 12 months, although the credit bureaus are also voluntarily giving consumers free access to their reports weekly through at least April 2022. You can visit AnnualCreditReport.com to download your credit reports.

9 Best Cards for Shopping at Walmart