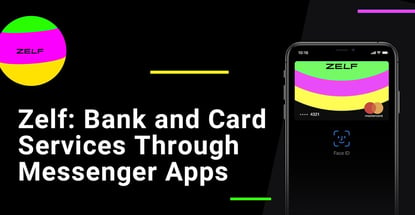 In a Nutshell: Online banks typically stick to a model built around a dedicated app and a physical card. A new offering from Zelf allows financial consumers to use their favorite messenger apps to set up virtual card accounts to send and receive money and make purchases. Zelf appeals to a growing audience of younger consumers by dispensing with a dedicated banking app infrastructure. Its technology works through more familiar digital channels that consumers can navigate quickly, even with voice commands.

Many digital challengers to the banking establishment seem compelling and innovative on the surface. But they may struggle to entice consumers to adopt them as a primary financial service provider.

Zelf , a neobank that leverages the ease of messenger platforms to send and receive money, is gaining a sizable following among Gen Z users.

Zelf accomplishes this by embracing the simplified, mobile-first financial lifestyle its target market of younger financial consumers know and love. And it has developed a reputation for rethinking banking from the ground up.

Gen Z consumers will mature and take their place among the top-earning financial demographic by the 2030s, according to economists. And Zelf plans to help them along the way with products that fit their mobile banking needs with a streamlined approach.

Consumers won’t find Zelf in any mobile app stores. Instead, Zelf integrates with a well-established Gen Z preference to interact with the world through chatbots and popular messenger apps, including Facebook Messenger and WhatsApp.

In fact, “Zelfers” will soon have the opportunity to communicate with its AI-enabled platform through voice commands in those messenger apps.

“You’ll be able to say, ‘Show me all my gas purchases for November of last year,’” said Elliot Goykhman, Zelf Founder and CEO. “And with one sentence, you’ll do much more than you can do with any mobile banking app in the world right now.”

Zelf currently operates in France and Spain, where more than 500,000 Zelfers have already joined the platform by scanning a QR code generated on the Zelf website or receiving a friend’s referral code. Once they have joined, new users are directed to choose their preferred messenger and start a conversation with their new bank.

Zelf pulls the user’s name and phone number from the messenger account info and waits for the user to tap that info over to the platform. Then, in less than 30 seconds, Zelf creates a unique International Bank Account Number, or IBAN, and a virtual Zelf debit card for the user.

Users add money to their Zelf virtual cards by transferring funds from a bank account, other cards, or even from their parents, by sharing their individual QR code or simply providing their IBAN account number. Then, they authorize contactless payment platforms, such as Apple Pay and Google Pay, to use those virtual Zelf account numbers as they would any other card.

IBAN accounts are predominantly available only in Europe, and the Zelf model’s global potential depends on creating partnerships with providers that serve other markets. That’s what differentiates Zelf from other proprietary digital wallets, including PayPal, WeChat Pay, and Alipay.

“When you get a standard account attached to a card that you manage in a messenger, you are connected to the whole SWIFT infrastructure and protected by banking laws,” Goykhman said. “That carries certain regulatory protocols, but we were willing to go that route to make it standard, universal, and globally available.”

Other digital challenger banks are more conservative, or simply haven’t thought about what would happen if they abandoned their apps and cards. Because those institutions generally don’t break through to become the primary financial platforms for consumers, they also tend to struggle with profitability.

Zelf has a plan for that, too, and it starts with efficiency. 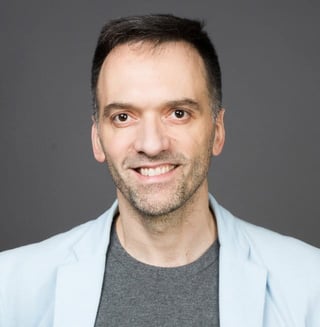 “Once you cut the plastic out of the equation, you also minimize your cost,” Goykhman said. “We don’t have to have a partner that produces plastic cards in each of our countries, and we don’t have problems with logistics because we deliver accounts virtually and instantly.”

The next mile on Zelf’s road map depends on what Goykhman referred to as “our Zelfers-first approach to marketing” in a recent blog post.

“Instead of paying for TV, radio, billboards, Google and Facebook ads, as ‘old school’ banks do, we reward Zelfers with bonuses to share their links and educate their friends and family,” he wrote in the post.

You’ll earn 5 euros for every friend who accepts your invitation to join Zelf. And when friends of friends join, that’s another euro for both you and your friend. On top of the 5 euros users receive simply for joining the platform themselves, it all adds up to an easy-to-understand, spendable incentive that isn’t wrapped in red tape.

Loyalty rewards will vary by country and its regulatory climate; and the amount of money available to the platform from the interchange process may vary. Zelf also has plans for entering the U.S. market and offering a different type of reward.

“There, we envision a program that would be similar to earning interest — you would actually earn rewards for storing money in your Zelf account,” Goykhman said.

Zelf currently works in Facebook Messenger, WhatsApp, Telegram, and Viber. Plus, it has announced plans to add support for more messengers this year.

Zelf can generate scannable QR codes that enable payees or payers to initiate and complete transactions. That allows the neobank to serve markets where contactless platforms are not as fully deployed as they are in more developed nations.

“Only the person who has both the account and access to the phone, and the ability to respond to those SMS confirmations can perform a transaction,” Goykhman said.

And soon, there won’t be any tapping or clicking involved because Zelf is preparing an AI-powered chatbot to deploy on its messengers.

Zelf allows users to quickly pay others and receive payments through apps they already have.

“Traditional banking app developers need to think ahead about what buttons to include in the limited space they have available, but once you go with voice, you have an unlimited capability,” Goykhman said.

Goykhman gave the example of a freelancer or gig worker using Zelf to invoice a client.

“I can say, ‘Create an invoice for article proofreading for $200,’ and our AI understands that it’s a money request and within seconds can create a QR code to enable payment for those services,” Goykhman said.

“Those small freelancers and gig workers will mature and create their own boutique shops, consulting companies, and content generation firms, and some of those will become corporations,” Goykhman said.

The Best Credit Cards with 2% to 5% Cash Back