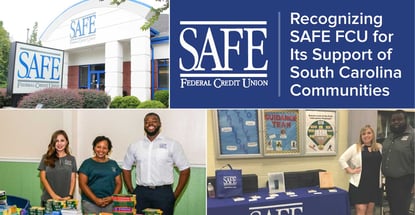 “In a Nutshell: In Midlands South Carolina, SAFE Federal Credit Union offers higher dividends, lower rates, fewer fees, and real financial benefits to more than 120,000 members within its seven-county service area. Its contributions extend to community service as well. Folks in the Midlands frequently engage with SAFE employee volunteers at charitable events. For living the credit union mission of putting “people over profits” every day, SAFE has earned our 2019 Editor’s Choice™ Award for Community Commitment.

Hurricane Hugo made landfall north of Charleston, South Carolina, as a Category 4 storm in 1989, journeying 100 miles inland to Sumter in the Midlands region before turning north. The costliest storm to impact the U.S. at the time, Hugo injured over 300 people in Sumter County alone, left 3,000 people homeless, and left an indelible mark on the people of the Midlands.

Memories of Hugo still influence the community commitment of people in Sumter County — including the employees of Sumter’s SAFE Federal Credit Union.

SAFE got its start in 1955 as the credit union for 15 civilian employees at Shaw Air Force Base near Sumter. With 16 branches dotting seven Midlands counties, SAFE now manages over $1 billion in assets for more than 120,000 members.

In 2018, Hurricane Florence threatened the U.S. East Coast. Meanwhile, SAFE had purchased about 2,000 emergency lanterns to give as gifts to attendees at one of its annual events. As Florence approached the Carolinas, however, plans changed, and the credit union quickly sold the lanterns in its branches to raise funds for hurricane relief.

The Midlands was deluged with as much as eight inches of rain from Florence, but further north, the damage was much greater.

“We were spared from Florence when we were expecting to have a heavy hit,” said James Montgomery, VP of Operations at SAFE. “Every dollar we made went to communities that had been impacted.”

“We sold over $18,000 worth of lanterns,” said Montgomery’s colleague, Mandy Baibak, AVP of Electronic Services. SAFE added to the contribution to make a total donation of $25,000 to the Carolinas Credit Union League Foundation to help other credit union employees with disaster relief.

“Because it very well could have been us,” Montgomery said.

The way SAFE sprang into action to repurpose those emergency lanterns exemplifies its commitment to the credit union mission of putting people over profits. Every day, SAFE brings robust member benefits, transparency and integrity, and meaningful community engagement to its friends and neighbors in the Midlands.

“We know what it’s like to deal with natural disasters, and we were glad to be able to give back,” Montgomery said.

Since its founding, SAFE has promoted the vitality of the communities it serves through its involvement in area charitable initiatives. Employees have always been willing to donate their time whenever and wherever they’ve been needed.

“Management has always encouraged us to have some sort of civic activity to be involved in,” Baibak added.

Recently, however, SAFE has taken the extra step of instituting an employee volunteer program. Payable volunteer hours make employee community service a formal part of the credit union’s mission and make volunteering during workdays and even weekends more practical.

“That’s a new initiative that we were very excited about putting into place and implementing,” Montgomery said.

Over the course of each year, every full-time SAFE employee receives 16 payable volunteer hours to spend supporting nonprofits and various community service initiatives. Now, when local charitable commitments call, SAFE employees can be there.

“We really do care about the community. Even before we had the paid volunteer hours and were encouraged to do that on the clock, SAFE employees have always cared about giving back to the communities in which we serve,” Baibak said.

SAFE is not only committed to serving the communities of the midlands, but also partnering with local organizations that share the credit union vision of people helping people. SAFE along with the City of Sumter and the Sumter YMCA recently hosted the Great Inflatable Race on April 27th, 2019 at Sumter’s Patriot Park.

Families, friends, and neighbors of all ages joined together for an exciting fun run of gigantic inflatable obstacles set up along a course of two miles. Participants jumped, slid, and bounced their way to the finish line where SAFE volunteers were waiting with cheers of enthusiasm and cold bottled water.

With nearly 1,000 participants, this event was an opportunity for SAFE to connect with the people in its community. SAFE is proud to support its local YMCA and its mission to “foster a strong sense of belonging and community connectivity through social responsibility.”

“It was a pleasure to sponsor this event and support the vision of the Great Inflatable Race, which is to bring communities together in pursuit of health and positive social change,” Montgomery said.

Over the past two years, SAFE has donated a total of $216,000 to local charities and community organizations. Iconic events like Sumter’s Iris Festival — the oldest continuous festival held in South Carolina — and seasonal fundraisers like Toys for Tots are the beneficiaries. 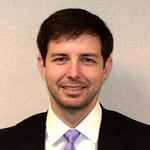 Every year around the holiday season, SAFE employees place Toys for Tots donation boxes in branch lobbies, host a gift drive during its annual office holiday party, and work with a local charity to set up an Angel Tree decorated with ornaments listing gifts for families in need.

At other times during the year, Midlands residents are likely to encounter SAFE employees helping charitable stalwarts like the Kiwanis and Rotary clubs or building homes on behalf of Habitat for Humanity. 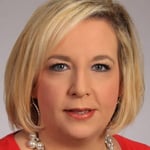 “I remember a project where we spent two full days, just SAFE staff, building a house for Habitat for Humanity,” Baibak said. “You name it, the SAFE staff’s done it.”

Meanwhile, SAFE is also building a new operations facility to accommodate its growth, setting up a new branch in nearby Lexington County, and preparing to upgrade its mobile platform.

“It’s a busy time, but as a cooperative, our goal is to serve our members, our communities, and each other,” Montgomery said. “That’s the attitude we embrace most — serving others before ourselves. SAFE’s brand embodies “Familly Values. Forward Vision.” and we strive to demonstrate our commitment through serving our membership and volunteerism in the community.”

How BECU Puts People First in Its Financial Offerings