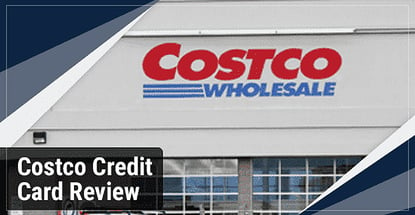 Costo's history traces back to 1983 when the first Costco warehouse opened in Seattle. In 1993, Costco merged with the original warehouse retailer, Price Club, to form PriceCostco, later rebranded as Costco Wholesale Corporation. Costco's over 740 warehouse clubs can be found in more than 10 countries around the world, with over 500 locations in the US alone.

The biggest impediment for the Costco Anywhere Visa® Card is that it requires a Costco membership to apply — and to keep. So, while the card has no annual fee itself, you'll need to pay for an annual membership, which runs around $60 a year. Worse, if you cancel your Costco membership at any time, you'll automatically lose your credit card rewards.

On the plus side, those rewards are somewhat competitive compared to other Visa card options, with gas, dining, and travel bonus categories on top of the Costco bonus rewards. That being said, the rewards you earn are only redeemable for cash or merchandise at US Costco stores, which can limit their value.

To start, the Costco Anywhere Visa® Card only earns 2% cash back on Costco and Costco.com purchases (excluding gas), which is fairly low for a branded store card. At the same time, given that only Visa cards are eligible to make Costco purchases, few alternatives will provide a better rate of return on Costco purchases, though some will offer the same 2% cash back without the rewards redemption limitations.

Outside of Costco, the Costco Anywhere Visa® Card is actually one of the better options for year-round gas rewards, offering 4% cash back on gas purchases, but there are several limitations of which to be aware. First, you'll only earn bonus rewards on up to $7,000 in gas purchases each year. And forget earning rewards on gas purchases made at warehouse stores other than Costco.

For restaurant and travel purchases, the Costco Anywhere Visa® Card's 3% cash back is moderately competitive, but definitely not the best on the block, especially considering any rewards you earn can only be used for Costco purchases.

Better Cards to Use at Costco

While it's fair to say there aren't that many better cards for rewards on Costco purchases than the Costco Anywhere Visa® Card — that says more about Costco's limitations than it does the rewards you earn with the store's branded credit card.

The world of cash back credit cards is loaded with great options for cash back rewards for just about any kind of purchase, with unlimited and bonus category structures to suit nearly all spending styles. Even better, they'll be rewards you can redeem for savings on any type of card purchase.

Even though the APR charged by the Costco Anywhere Visa® Card isn't as high as other store cards, it isn't particularly low for a credit card in general. And with so many great 0% intro-APR offers on the market, paying interest at any rate is a cost that can be avoided.

Additional Disclosure: Bank of America is a CardRates advertiser.

If you've ever daydreamed of your next vacation while putting away your latest purchase of bulk-bought supplies, then you should consider using a good travel rewards credit card the next time you stalk the Costco shelves. That's because your big-box buys could be earning you points or miles toward free flights and hotel stays, getting you that much closer to your dream vacation.

Unlike most wholesale or warehouse clubs, Costco has strict limitations on the types of credit cards they'll accept. This narrows the playing field quite a bit, leaving the Costco Anywhere Visa® Card in a good position near the front of the pack. But other card options are still out there to earn more flexible rewards on your Costco purchases or avoid interest fees on those bulk-buys.

What Others Say About the Costco Credit Card

For many reviewers, the customer service for the Costco Anywhere Visa® seems to leave a lot to be desired. Others report being unhappy about the limitations to the card's rewards, particularly that you need to remain a Costco member to redeem your earned rewards.

This was the first credit card I applied for, received a $5,000 credit limit too, which was a surprise to me. I like the card, standard rewards system of various percentages, gas, restaurants, Costco, and other purchases from 4% to 1%. The cashback is sent as a certificate yearly that can only be redeemed at Costco, the only real drawback of the card. But if you do a lot of shopping at Costco, the cashback reward can be beneficial. May even pay for the membership fee, which is now at $120/year for the executive, but any level of membership can get you this card. So there is a fee technically, your membership to Costco is the fee to apply for the card, but I am not sure if you keep the card if you cancel that membership. If you end up cancelling there are no rewards available since they are only redeemable at Costco. — CreditKarma.com

TERRIBLE SERVICE. I used the card to charge a computer. When the computer was ready to ship, Apple put through the charge. Citi turned down the charge, because they said it was too large and they considered me a "new customer." This is in spite of an excellent credit rating, a large line of credit and several charges that were also large although not as large. I also had the Costco card since the time it was introduced with AMEX. When I called, I was told that they would remove the large charge block for 3 days. When I asked what the amount is, so I could call in the future, I was told it was a secret. Nowhere, when they were advertising the card, did they mention that they would turn down "large charges." Perhaps they are trying to avoid the 2 year extension of the warranty. — WalletHub.com

A review from CreditDonkey.com says:
“

Is the Costco Card Right for You?

If you're already a loyal Costco member — and plan to stay one for the foreseeable future — then the Costco Anywhere Visa® Card can be a good choice for Costco purchases, as well as gas and/or dining if you don't already have a higher-value card for those purchases (and you don't buy your gas at another big-box retailer).

For those who don't shop at Costco enough to make the limited rewards worthwhile, just about any other unlimited 2% cash back card will give the same return on Costco purchases, and the rewards will be more flexible. Plus, you won't have to worry about losing your rewards if you decide you'd rather shop at BJ's, instead.