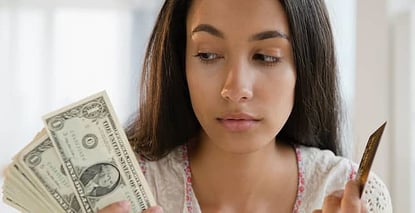 Credit cards may be one of the best ways to build credit, but a new survey commissioned by Bankrate found the majority of one generation wants nothing to do with them. And it’s not the generation you might expect.

A massive 63 percent of millennials — yes, those aged 18 to 29 who are typically known for bad credit card habits — currently do not have a credit card, according to the survey.

A Different View of Credit Cards

Why is this youthful generation not so hot on credit cards? Millennials were either just out of college or still in school when the Great Recession hit, giving their generation some healthy skepticism about debt.

They aren’t alone — studies show ever since the Recession, Americans as a whole rely less on credit cards.

Additionally, the Credit CARD Act of 2009 made it difficult for those under 21 to get a credit card without a co-signer or significant income, so it became more difficult for many millennials to get a card even if they wanted one.

Already Dealing with Other Debt 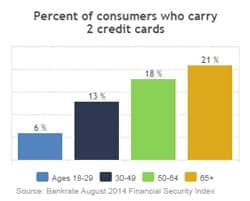 Bankrate concludes another reason why millennials don’t like credit cards is because many of them are already saddled with debt in the form of student loans.

With so many students exiting college already in debt, the thought of racking up credit card debt on top of it is unappealing.

The Downside of Saying No to Credit Cards

While millennials who avoid credit cards may be doing themselves a favor in the short term by avoiding debt, there is a long-term risk.

Establishing good credit helps you get favorable rates on all kinds of insurance and loans, qualify for renting an apartment and pass a credit check for employment.

Like many millennials, Mary Neal, a 29-year-old from Garland, Texas, got into serious trouble with credit cards as a college student. 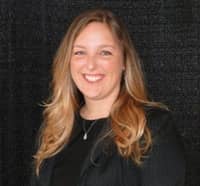 “I got one with the mentality that I need to start working on my credit now, to help with my future. What a load,” she said. “I got in over my head and couldn’t keep up with the payments or the escalating balance. I was young and stupid and just let it go to the point where I was getting negative marks on my credit.”

Neal canceled her cards, made payment plans, and vowed to avoid plastic again until she was financially stable enough to handle it.

Years later, after graduating from law school and getting a good job offer, Neal opened a Banana Republic card to help her buy work clothes. In two years, they’ve raised her credit limit by more than $3,000 and converted the store card to a Visa card without asking her.

“I’m in this Catch-22 where I’m improving my credit, but this improvement is causing the credit card companies to hound me about opening new cards and up my limits when I don’t request it,” she said.

Neal and her husband keep one credit card handy for emergency purposes, but for the most part, they avoid them.

Alexandra Leslie brings graduate training in business information systems and nearly 10 years of experience writing for industry-leading publications to CardRates.com. She leverages her technical understanding of analytics and algorithms to equip consumers with savvy advice and thought-provoking coverage of fintech and credit card rewards. When she's not authoring guides and features for a rapidly growing online audience, you'll find her seeking out new credit cards for our in-house experts to review and recommend.