Doxo Makes It Safe, Secure, and Simple to Pay All of Your Bills from a Single Account 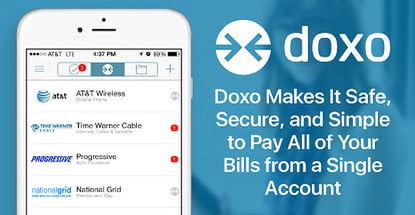 In a Nutshell:  Payment platform doxo provides secure solutions aimed at simplifying the bill-paying process for parties on both sides of the transaction — billers, as well as their customers. Acting as a secure intermediary that facilitates payments between biller and consumer, doxo allows users to pay all their bills from one account with a single login. Billers partnered with doxo can take advantage of real-time payment tracking, free ACH, and the opportunity to build their own billing network among the growing total of more than 4 million consumers who currently use doxo to pay their bills. //

If you feel like there’s almost always a bill you’re forgetting to pay, you may be right. According to Jim Kreyenhagen, VP of Marketing for doxo, half of all income spent in the US on an annualized basis goes toward paying bills — that’s $3.9 trillion annually — with the average American household paying 10 bills per month.

Although there’s probably nothing that can make paying bills fun, doxo offers a solution that makes the process significantly safer — not to mention 10 times simpler than logging into 10 different accounts every month to pay 10 bills.

By serving as a platform that allows customers to pay all of their bills with a single, secure login, doxo removes the stress of making monthly bill payments and facilitates a faster and more secure process for all parties involved.

We spoke with Kreyenhagen about the biller industry in the United States, how doxo works, and what’s on the horizon for the company as it grows its network of 50,000 billers and 4 million customers.

With a growing collection of 50,000 participating billing companies in its network, doxo currently boasts the largest directory of billers available to make payments to using its platform. The company estimates it has roughly 250,000 billers nationwide — a collection that ranges from big-name billing behemoths to small-town utility service providers, Kreyenhagen said. 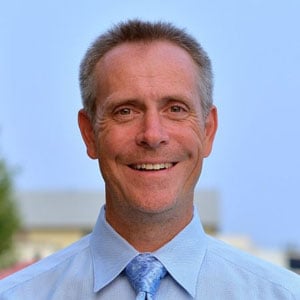 In the utilities sector, for example, even rural utility services with a customer base as small as 5,000 are using doxo’s billing platform. The same is true with other services that need paying, like electric, waste, and gas.

“And then when you add these really fragmented markets, like your homeowners’ associations or the rent you might pay, you really expand rapidly,” said Kreyenhagen.

More than 4 million people currently use doxo to pay their bills. The company’s goal, Kreyenhagen said, is to map out and connect with all 250,000 billing companies across the country, thus creating a more secure and efficient network for its users.

The personal information we provide in billing transactions is not information we would readily share via vulnerable pathways. It isn’t easy to keep this info secure when making payments across multiple platforms.

The typical household pays an average of 10 bills on 10 websites, Kreyenhagen said, and often, users will have the same username and password to track those 10 websites. “We’re all told not to do that, but we know consumers do it a lot. They’re already putting themselves at risk by not using best practices when they’re signing up accounts,” Kreyenhagen explained.

“A local water company or gas company or your local township that is trying to get you to pay online is not necessarily going to be able to afford or manage best practices around user data or security,” he added.

Doxo provides an opportunity for consumers to consolidate their bill payments into a single account — acting as the digital age version of a fireproof filing cabinet with a sturdy padlock.

“We feel, philosophically, that the best solution is going to be one that, for a consumer, is centralized on single service,” Kreyenhagen said. “A single service that’s well-funded and big is naturally going to have the best security.”

Doxo fits that category by investing in its security platforms, being PCI compliant, and adhering to the standard regulations and best practices required for a high-volume payer of bills. “We take protecting consumers data very seriously,” Kreyenhagen said.

Billers who join doxo receive free ACH transfers, which can result in reduced payment processing fees for the consumer who uses their bank account to pay bills. 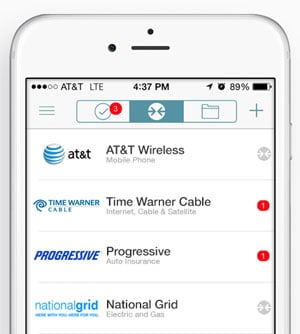 More than 50,000 companies are available to receive bill payments through the doxo platform.

“Billers can choose to pay all of their customers’ fees for them — and as an added benefit, they can also cover the cost associated with that customer if they pay other bills,” Kreyenhagen said, citing a doxo-partnered West Virginia gas provider as an example.

“Mountaineer Gas uses doxo to do all of their electronic billing and payments, which means their customers can pay their other bills — and not just Mountaineer Gas — through bank transfers without incurring any type of fees,” Kreyenhagen explained.

Consumers who don’t have access to waived-fee bill payments through billers like Mountaineer Gas have the option to take advantage of doxo’s new subscription service, doxoPLUS.

“If you think about trying to pay eight to 10 bills: if the fee of those eight to 10 bills is, let’s say, $3 each — that adds up monthly. Paying $30 a month in fees is expensive. We recognize that for consumers who do want to consolidate their bills under a single account, it would be great if they had an umbrella subscription service with a single flat fee,” said Kreyenhagen. “We started a service called doxoPLUS, where for a fee of $4.99 a month, they’re able to pay all of their bills under that subscription. Currently, doxoPLUS is being offered only to a subset of users as a test, but doxo has plans on expanding the offering to all users later this year.”

As doxo focuses on growing its biller network, the company will also continue to expand its range of payment and accessibility options for consumers. The company already strives to set itself apart by allowing its customers to use a credit card for their bill payments.

“If you look at the average family household with $59,000 in annual income and $500 in savings, sometimes they need to put their bills on their credit card,” said Kreyenhagen, adding that the company accepts any type of card, including debit cards, and credit cards, as well as paying directly from a bank account.

In 2018, doxo will expand its mobile app to include all of its services for smartphone and tablet users. The company also recently announced a partnership with Coinstar, which will allow users to pay their bills using cash at Coinstar kiosks.

“We put that control in the consumer’s hands,” Kreyenhagen said.